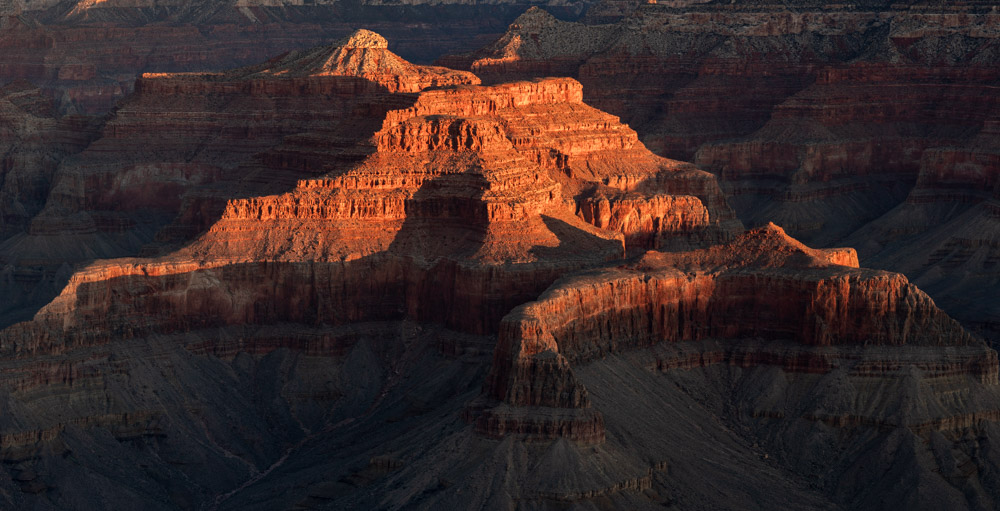 There is a canyon in Arizona that is known all around the world. The canyon is so large and spectacular that it could be called nothing other than Grand. The Grand Canyon is a fascinating place to photograph. The light creeps in and out of the canyon walls creating dramatic shapes and shadows on the edges of the day. During the winter of 2022, Aperture Academy ran two back-to-back photography workshops.

We chose to shoot the Grand Canyon in the winter because there are far fewer people in the Winter. Yes, it is cold but the extra space sure is worth it. Additionally, there is no need to hop on the shuttle busses that are mandatory in the summer. That means that we get to shoot wherever we want, whenever we want. It also means that the Canyon rim has accents of snow that fit in nicely against the colorful canyon walls. 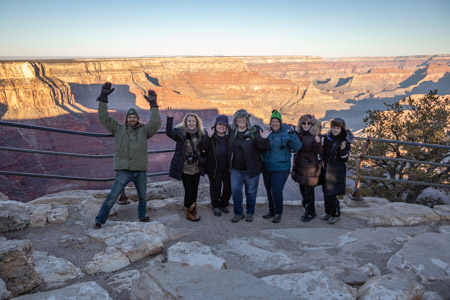 Both groups had spent three days photographing the Grand Canyon from a wide array of locations including the west and east sides of the South Rim. Each morning we departed the hotel before sunrise in order to ensure that we made it to our locations before the best light. Since the light gets harsh in the middle of the day, we took midday breaks for food and rest. Once the light started to get good again, we would head back out to shoot sunset into the blue hour.

Both groups came away with some incredible shots and I can’t wait to get back to Grand Canyon National Park next year.

Mike and the rest of the crew at the Aperture Academy.