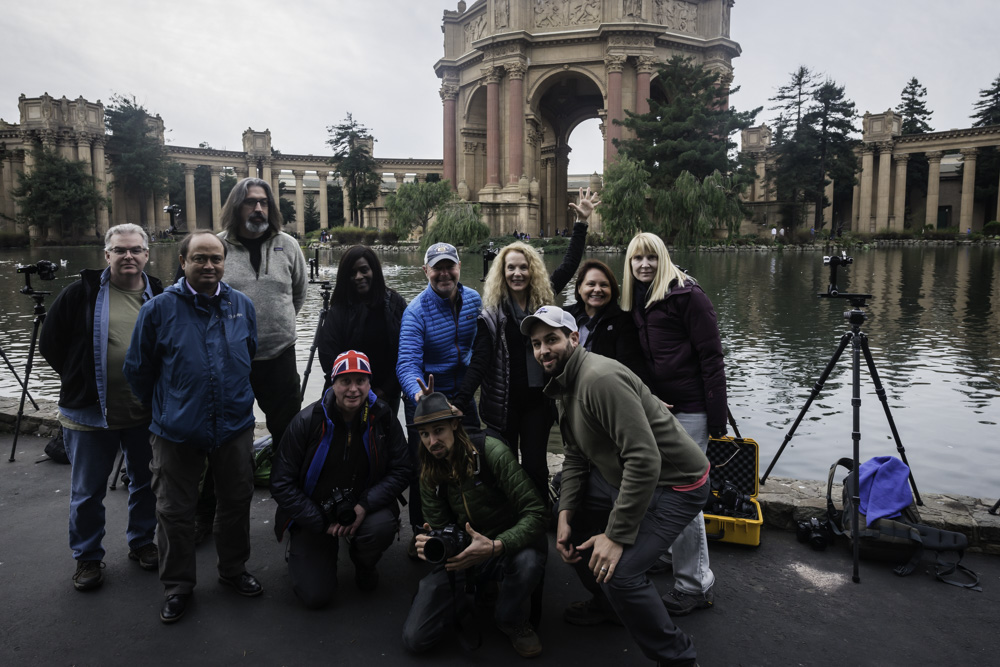 Aron Cooperman and I met nine ambitious photographers at the Aperture Academy studio on a warm December day in San Jose California. Once everyone got settled in, Aron and I conducted a brief orientation so everyone could get to know each other. Shortly afterwards, we dove into the panorama PowerPoint presentation. The PowerPoint covered pano concepts, gear and settings. Once we explained the pano process, it was time to find the no parallax point in everyone’s lenses. The no parallax point is the optical center of the lens and is the exact point the lens should pivot from when attempting a panoramic image. Once everyone was squared away with their lenses, we concluded the class and everyone went on their way.

The group met at the studio at 10am the following day. Once everyone had arrived, we piled into the “ApCab” and made our way up to San Francisco. The first location was Twin Peaks, which is an incredible elevated view above downtown San Francisco. This was the group’s first test to see if they could remember how to assemble their gear. With a slight bit of guidance, the group assembled their gear and were ready to attempt their first single row panos. After a few single row passes, the group moved on to two and three row panos. 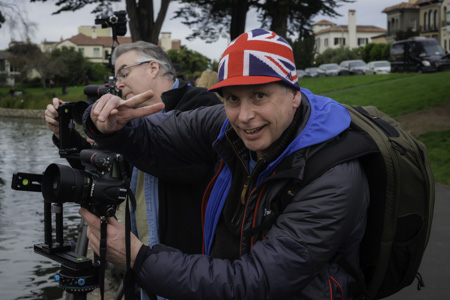 The next stop of the day was another incredible view of San Francisco. Hawk Hill is on the North side of the Golden Gate Bridge and offers the perfect opportunity to photograph the bridge with San Francisco in the background. Once again, the group attempted one, two and three row panoramas to hone in their skills. By this point in the day the group was getting pretty hungry so we drove down to beautiful Sausalito for some Italian cuisine.

After Dinner, the group headed back into San Francisco for the final shot of the day. After about a fifteen-minute ride, we parked near the Palace of Fine Arts which we would shoot during the blue hour, making for a beautiful complimentary color scheme. We arrived a little before sunset so the group could practice their pans before the light started to change, because once the sun starts to set the light fades by the minute. Once the sky transitioned to black, we packed up and made our way back down to the studio in San Jose where the group dismissed and everyone went home to have panoramic dreams.

The class continued at 9am the next morning. Aron and I went over a brief PowerPoint presentation on stitching and showed the class a few examples. Once the PowerPoint concluded, it was time for Q&A and then the moment everyone was waiting for… Stitching the panoramas! Once the stitching process began, Aron and I walked around the room to answer questions and helped with editing. Before we knew it, the time had slipped away and it was time to conclude the workshop.

Aron, Mike, the rest of the Aperture Academy Team!