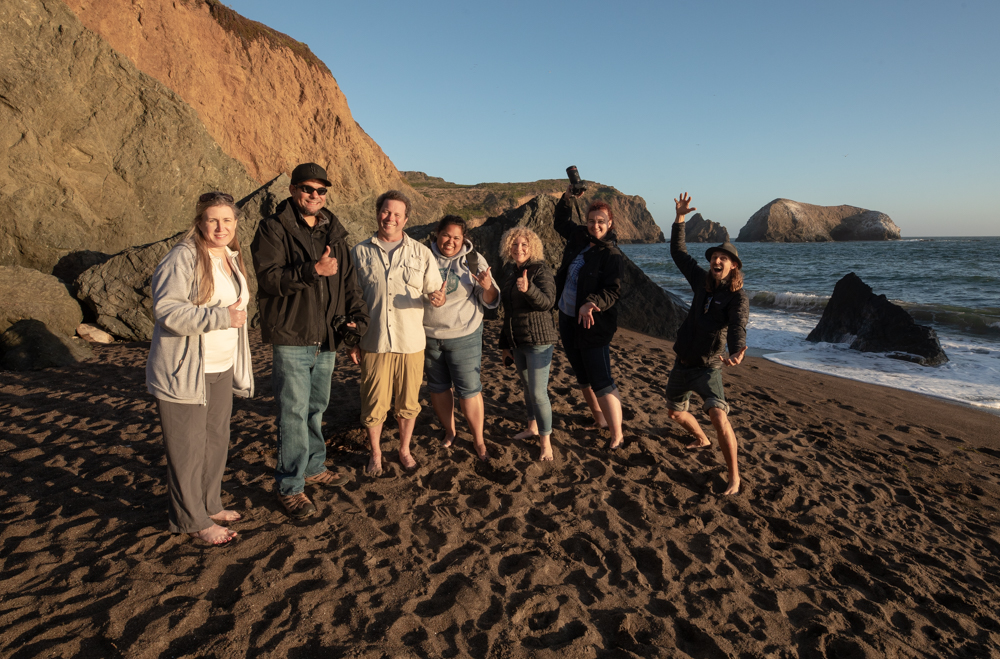 The San Francisco Bay is world famous. The food is great, the weather is comfortable and most importantly, the sights are photogenic. On a fine Saturday afternoon, DeAnna and I met with an ambitious group of photographers who were eager to take their craft to the next level.

After a short orientation in Marin City, The group loaded up into the “Ap Cab” and we were off to Fort Point to shoot the Golden Gate Bridge. Upon arrival, DeAnna and I explained the basic concepts of exposure and camera settings. From there, we helped the group find interesting compositions while working around a very odd one man movie crew.

Once everyone had their fill and started getting comfortable with their gear, we made our way back across the bridge to the Marin Headlands. From here we walked the group out onto the Golden Gate in order to get a unique perspective of the north tower as it rises 746’ above the bay. Shooting the Golden Gate Bridge from the bridge itself allowed us to use the San Francisco fog to our advantage as it gradually caused the suspension cables to disappear into thin air. 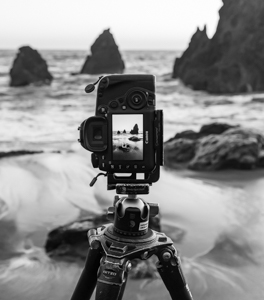 After working many different angles on the bridge it was time for some dinner. DeAnna and I took the group down to Sausalito to grab a bite to eat at a little Itallian restaurant. After dinner, we drove down to Rodeo Beach and took a short hike to some beautiful sea-stacks. I love teaching at this location because it is a very active environment. You have to be ready for the surf to come in and hit your shutter at just the right time. It’s a lot of trial and error, but when you catch the waves just right, the photo really comes to life. We worked this location until sunset and then hiked back to the van. As the last glimpses of light disappeared we drove up to the Marin Headlands and visited one of our favorite spots to shoot the Golden Gate Bridge. After a good while of dragging those shutters out we concluded the shoot and drove back to Marin City. The group said their goodbyes and we parted ways.

DeAnna, Mike, and the rest of the Aperture Academy Team