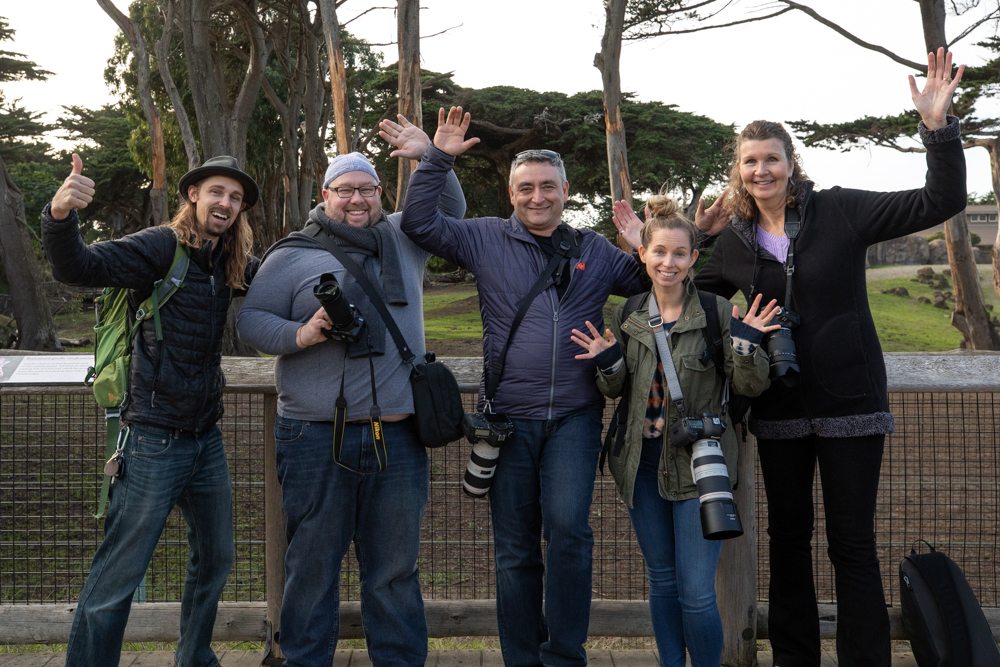 Tucked away on the edge of the city along the Pacific ocean, lies the San Francisco zoo. These animals have some of the best real-estate in the city! What a great place to spend the day and practice the craft of wildlife photography. On a beautiful sunny day in December I met with six ambitious photographers who wanted to hone in their skills. After we got to know one another, I had the group take out their cameras so we could cover some essential settings for the day.

Once everyone was feeling comfortable with their gear we headed into the zoo to see what we could find. The first stop on the list was the grizzly bears, but we soon found ourselves distracted by a beautiful male peacock. After a quick detour we were back on track only to be side tracked again by the Mexican Grey Wolves who were quite active that day. Finally, we made it to the bears who were in the middle of nap. Luckily for us they were holding some nice poses even while they were resting and we walked away with some nice intimate shots anyway.

On our way to the rainforest enclosure we made a quick stop to photograph a bald eagle and some wild bores. In the rainforest we bumped up our ISO to deal with the limited light as we photographed some beautiful Macaws. Once the group had their fill with the rainforest we moved on to the large cats. First up was the Snow Leopard with her young cubs. These cats are amazing to see up close and personal. We shot the trio of cats for a while and then headed around the corner to photograph the Lions and Tigers. 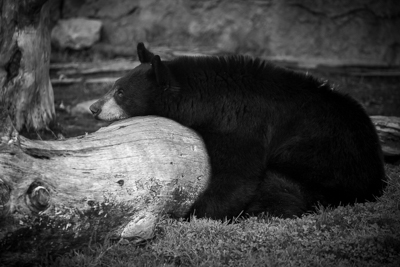 At this point it was nearly one o’clock so we headed towards to Leaping Lemur café to get some lunch when we were side tracked once again by the river otters who were cuddling with one another. Finally we made it to the café and had a moment to get some food and chit chat for a bit before heading back outside. It’s only natural to go see the lemurs when you just ate at a place called the leaping lemur café. After photographing these quirky creatures for a bit we made our way back over to the big cats to see if they were doing anything different from earlier. We shot the tigers who were a little more active later in the day and then made our way to the Africa section of the zoo where we photographed a beautiful male silver back striking an incredible pose. The final shoot of the day was the giraffes who were just being fed so the group got some very nice close ups of these magnificent creatures.

Before we knew it, the day had passed and it was time for us to go our separate ways. It was a pleasure getting to know everyone and I’m confident that the group is going to get some great wildlife shots out in the real world!

Mike and the rest of the Aperture Academy team