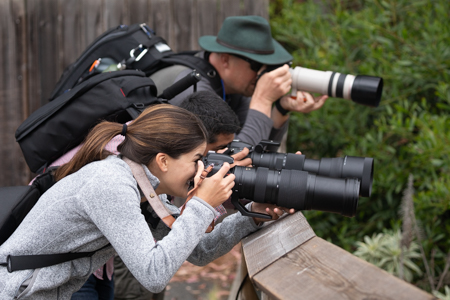 Wildlife is perhaps the most challenging and rewarding type of photography that there is. It takes a lot of patience to get the shot. Honing your skills at the zoo is an excellent way of becoming a better wildlife photographer. On a beautiful foggy Sunday in September, I met with six ambitious photographers at the San Francisco Zoo. We conducted a brief orientation before I began to explain the essential camera settings that we'd be using throughout the day. Once everyone had their camera settings dialed in, it was time to put our skills to the test.

Our first stop was the grizzly bear exhibit where the bears were about to be fed. The bears are very active when being fed, so it is always very exciting to document them at this time. To kick things off, I explained a few things to watch out for and showed the group how to avoid glare on the exhibit glass. Once everyone had their fill, we turned around to shoot the bald eagle and pelicans. From there we moved on to the Mexican Grey Wolves who were also quite active that morning. 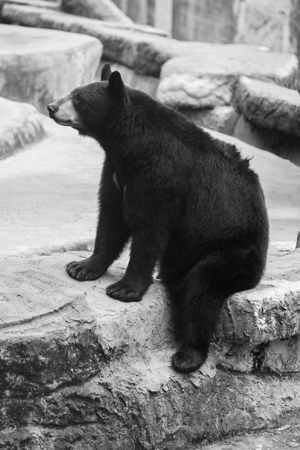 The next stop was the rainforest. The rainforest has rather low lighting conditions, so I instructed the group to bump up their ISO setting to 3200 so their shots would not come out blurry. The group had a good time shooting parrots, ducks, and a few reptiles. By this point in the day we were getting quite hungry, so we headed towards the cafe to get some overpriced and mediocre zoo food.

After lunch, we headed to the flamingo exhibit. Oddly enough, this is one of my favorite exhibits in the zoo even though it is also one of the stinkiest. I showed the group how to think out of the box and capture intricate details of the flamingo wings. After visiting the stinkiest exhibit in the zoo we moved to the cutest exhibit in the zoo. The lemurs are always entertaining and a ton of fun to shoot. We watched them jump from tree to tree and even got to witness a humorous barking match between them.

Moving along, we made our way to the big cats. There we saw some sleeping tigers followed by some sleeping lions. That's the name of the game when it comes to cats though. They love to sleep. The lions were at least posing nicely for the group.

The last stop was Africa where we visited the giraffe and zebra exhibit. The giraffes are some of my favorite animals to watch. They're truly mesmerizing. As the day neared an end, we payed the gorillas a visit. When we arrived, the zookeepers were feeding them. Once the zookeepers had left the cage, we patiently waited the gorillas to be released. One by one, they came out in search of the food that was just hidden for them. The group had a blast shooting our not too distant relatives and before we knew it, the workshop had come to an end.

Mike and the rest of the Aperture Academy team