Often, people think about the trip of a lifetime. Many exotic places come to mind, but one place in particular seems to come up more often: Africa. There’s something innately fascinating with this continent. Maybe it’s the people, or maybe it’s because it’s halfway around the world with countries seemingly so distant and foreign to our own. But maybe it’s because it one of the last places on earth where one can see wildlife up close and personal, almost unmolested by mans interference. Whatever the reason, it truly is the trip of a lifetime.

This year, Aperture Academy instructor Scott Donschikowski met up with a group of world travelers and took them on the trip of lifetime to the wilds of Tanzania. Below is a small account of their journey.

I always dread air-travel. More so when you know ahead of time that it’s going to be a long, long time before you get to your final destination. The flights from the west coast of the United States take us to Amsterdam in a little over ten hours, and then on to Arusha, Tanzania in a little over eight. I get a lot of anxiety before trips like this. Packing and repacking, underpacking, then finally overpacking, are the way of things at my house. But once I get to airport and board that first flight, I almost immediately calm down, listen to some music, fall asleep, and let the universe take its course. 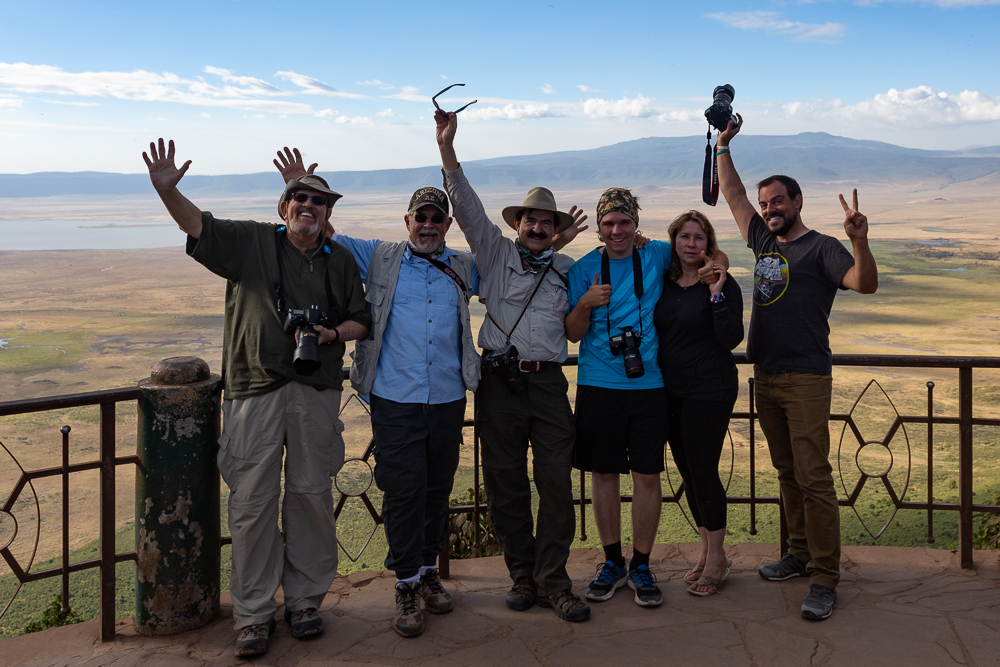 Staying awake on the second flight is always the most challenging. You see, most flights from the USA leave in the evening, and get to East Africa at night. So if you want to stay in a good sleep rhythm, staying awake on the second flight is imperative so you can fall asleep at the proper time in country. But it’s always a fight, there’s only so many movies you can watch in a day, right? I usually get bored and nap a little bit to pass the time. But then, finally being able to walk outside and breathe in the cool night air on the outskirts of Arusha makes the 30+ hour trip totally worth it. I met up with a couple of guests at the airport and together we travelled to our hotel for the night in the foothills below Mt Meru. We had a quick dinner, and retreated to our rooms for the night, as the next day would bring the real adventure. 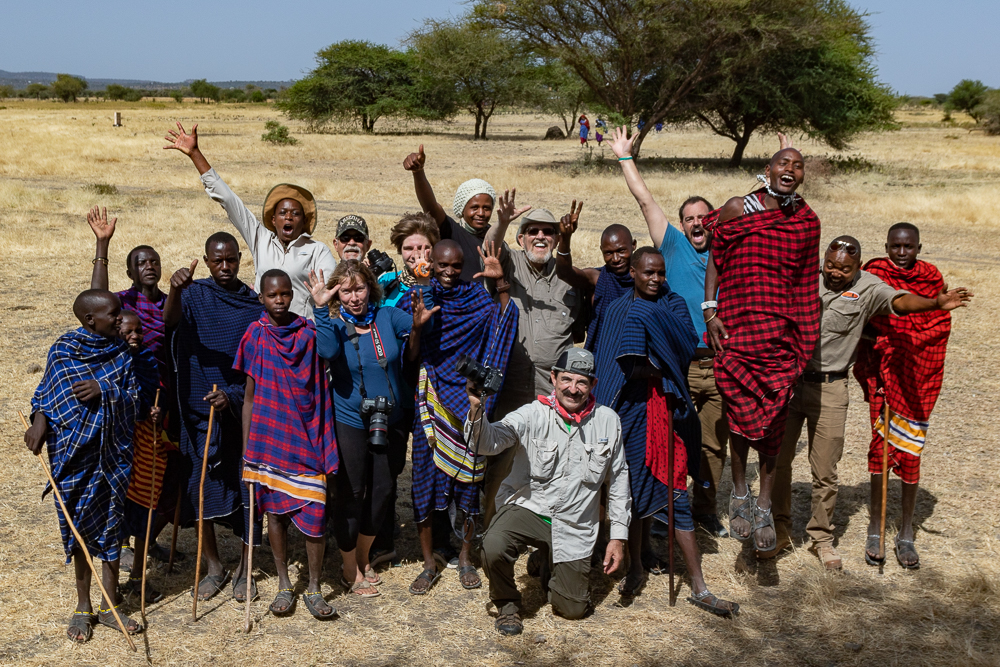 After a peaceful night’s rest we woke and had an amazing breakfast and the marvelled in the beauty of the Ngare Sero Mountain Lodge. We had a quick orientation before hitting the road for Tarangire National Park. Along the way we stopped to photograph The Emorata. Every seven years, a “class” of boys from the Masai culture go through a rite of passage (emorata means circumcision). During this period of 3-4 months, the boys give away all their possessions, shave their heads, put on all black, white face-paint, receive the initiation rights, and leave the village until the healing process ends. Groups of these young men were everywhere and it was hard not to stop and photograph them as the tradition happens only once every seven years (for a small fee of course). After getting to our camp in Tarangire we on our first game drive where everyone got to see wild animals up close for the very first time! We also took in an amazing sunset amongst the trees in Tarangire. It was a fantastic day out in the bush! 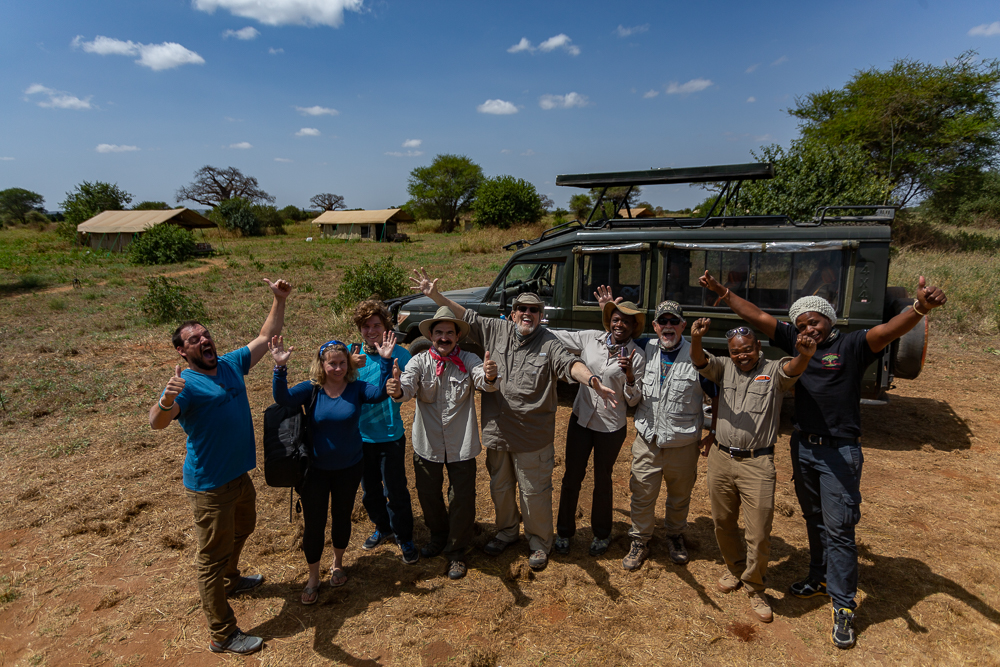 Ndovu Camp is what I think people imagine when you say African Safari. Tented camping really is the pure safari experience, winds blowing through the canvas flaps, wild animal calls seemingly a stone's throw away, and the food! My god the food! Absolutely amazing! Anyway on our second day in Tarangire we explored around and worked on getting pictures of anything and everything. After all if you’ve only seen some of these animals at the zoo, there’s no harm in loading up on pictures of them in the wild! Tarangire has a high concentration of elephants, which was the focus of bringing people here. And they were not disappointed! It was pretty cool to hear someone say that they expected the animals density to be a lot lower, like one every 100 yards or so, but literally every bend in the road had a new animal to look at and photograph. I love hearing stuff like that. We spent the day getting everyone dialed in camera-wise, and photographing nearly every new animal we came across. Everyone was super giddy, but can you blame them? That night the lovely crew at Ndovu prepared a special evening of entertainment and an awesome cake for one our guests as it was his birthday! They sang songs and danced and brought out this huge cake for all of us in the camp to enjoy. It was an awesome night out among the stars.

Another amazing night in the bush leads to another amazing morning! After a super nice sunrise, we spotted some lions just alongside the road and we got to stop and photograph them for around an hour as they interacted with one another! Everyone got some amazing shots as the early morning light was fantastic and warm. It’s not everyday that you get to see lions from fifteen feet away! We had an amazing brunch at Ndovu before packing up and hitting the road. Our next location was Lake Manyara National Park, but along the way we stopped at a Masai village sponsored by our guide company. We were able to get a personal tour of their village, school, and boma from a local Masai cultural guide. The kids in the school were adorable and we learned about how and what they teach them as they sang for us. We explored around and talked to them for nearly two hours, taking photos the whole time while they performed and told us about their culture, it was an amazing experience! Late in the afternoon we checked in at the Manyara Wildlife Safari Camp, which is situated on a small hill with unobstructed, breathtaking views of the northern lake valley. 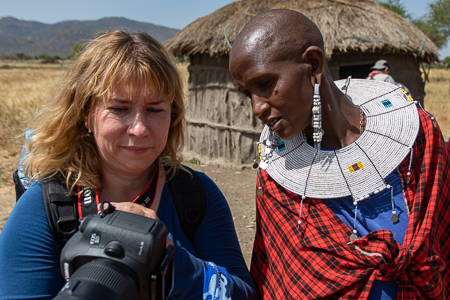 We started off the day entering Lake Manyara National Park. Like most of the parks in Africa, it is a wildlife haven. Mostly for birds, but there are tons of other animals that inhabit the area. We were able to get up close and personal with a troop of olive baboons. The way their young cling to their mothers is too cute for photographs. We also saw a lot of bird species that we hadn’t seen before, kingfishers, herons, eagles, ibis, hornbills, you name it! We also got to walk around, which one really isn’t accustomed to on safari. We had lunch overlooking the lake, and headed up the Gregory Rift to one of Africa’s rare jewels, Ngorongoro. When we arrived at the viewpoint overlooking the crater the weather was phenomenal. We could see the entirety of the 10x12 mile crater with beautiful light and clouds above. I think we stayed there for an hour taking pictures of the landscape and of ourselves. But the view would only get better, because outside everyone’s room at the Ngorongoro Serena Lodge, there was a nearly identical view awaiting us! And the next day would see us game driving down inside. 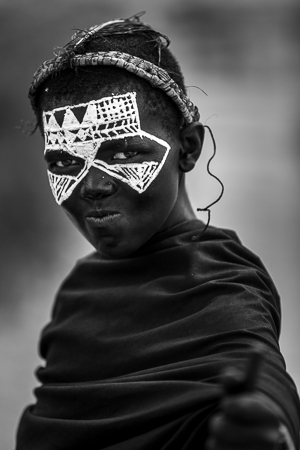 Well, after the last four days of constant shooting, we had one of those days that even safari guides dream of. It all started with a small cat that for the first time I saw in this exact same place, a little over a year ago. The caracal. I knew it would be a good day after spotting it. Caracals are rarely seen, medium sized secretive cats, and just after daybreak we got the chance to photograph one for twenty minutes. It doesn’t sound like a lot, but trust me, even seeing one is rare enough and we were ecstatic. From there we saw golden jackals hunting, a lion pride and hyenas over a kill, bat-eared foxes, black backed jackals hunting, and right before we were about the leave the crater for lunch, we saw a lioness hunting right along the side of the road! I’ve never seen our guides more excited about anything! It was pretty cool, as our group was able to see it from both sides of the road. So naturally we skipped lunch and watched the this amazing creature hunt for awhile, then we broke off and joined a very lively troop of baboons, before settling on a pride of lions lounging by a watering hole. It was an “oh my god” kind of day! Oh, and to top it all off we had an amazing sunset viewable from our balconies.

We awoke in the morning to find the crater rim covered in a think fog. We had timed our visit to perfection, or the safari gods were looking out for us. Either way, it was time to end our safari in the National Parks, and head back to Arusha. We stopped at one of the best places in Africa for lightening your wallet: The Cultural Heritage Center in Arusha. It’s a gigantic business park filled with museums and shops where everything is for sale. You cannot travel to Arusha and miss this place. We shopped for a couple hours, visited the museum and admired the giant wood carvings, masks, and paintings. We said goodbye to two of our group, who were making their way to Zanzibar for a week of life on the beach (lucky!). Then we had lunch and checked in to the lake Duluti Lodge (my favorite hotel), for some R&R. We had a couple hours to hang out and relax before dinner so the rest of the group and I sat around and worked on processing some images from our trip. After seeing all the images from the past week, one cannot look at them and want to go home. Seeing that adventure behind us only makes us yearn for the adventure in front. And really, none of us were going home. We all continued to Kenya! Check out the story for that trip here!

Scott and the rest of the Aperture Academy Team!