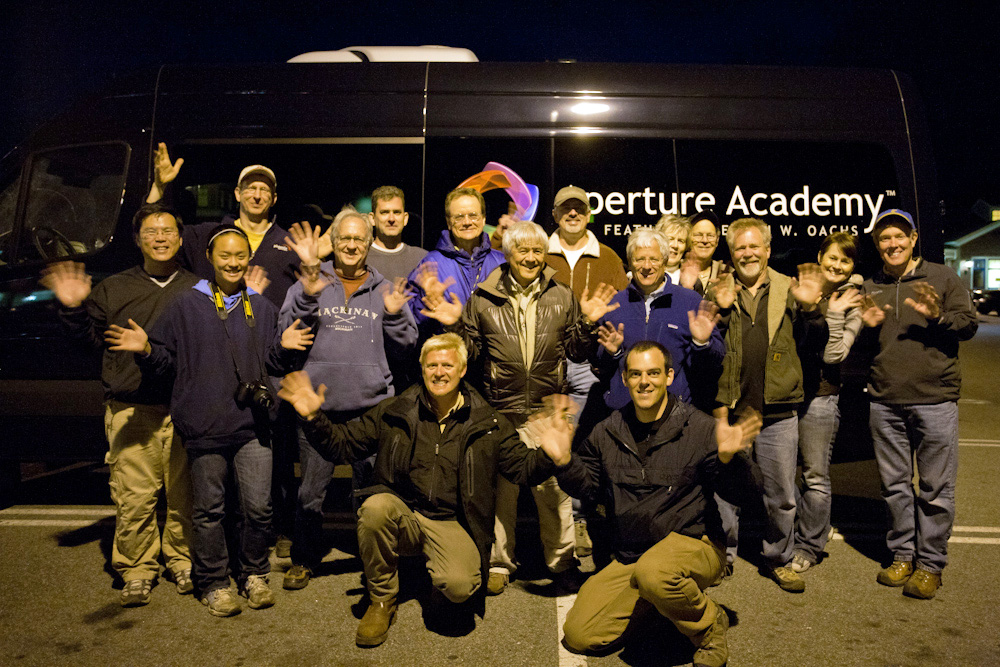 California's coast is a pristine wonder of geologic proportions spanning 840 miles. From Pelican Bay in the North to Torrey Pines in the South, the coastline is scattered with literally hundreds of spectacular vistas and hidden gems, illustrating its beauty. It is no wonder that some of the worlds most famous photographers come to our Golden Coast to seek its riches. Following in the footsteps of the likes of Edward Weston and Ansel Adams, the Aperture Academy was drawn also, to the beauty of the Gold Coast. And on this particular occasion we focused in on the Big Sur region, immediately south of Carmel. 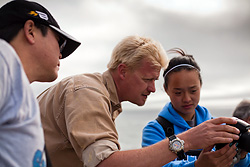 Our first stop on the trip took us to the Carmel Mission, otherwise known in its grand name of Mission San Carlos Borroméo del río Carmel. Well over 200 years of California history is interred at the Carmel mission, including Junipero Serra himself, who is buried underneath the chapel floor. As is customary for our first stop on this workshop, the Carmel mission is aimed to warm us up and get everyone psyched up for the days shooting. The mission grounds are full of areas begging to be photographed. From the Chapel building itself and the surrounding courtyard, to the adjacent greater courtyard and all the flora in between, our students spread out and quickly became engulfed in the scenery. The two Scott's, Scott Davis and Scott Donschikowski, provided instruction for this days workshop (which really makes it easy to ask a question because your twice as likely to get a response). After an hour or so of shooting the Mission, CF cards beginning to swell, we loaded up in the ApCab and prodded along further South. 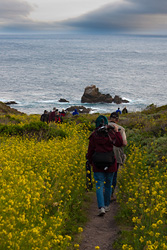 Our second stop on the Big Sur Workshop, Point Lobos, is just a short jaunt south from Carmel. Considered my many to be the greatest meeting of land and water in the world, Point Lobos offers up some of the most stunning views of California's rugged coastline. The views at Point Lobos are accessed by a quarter mile trailhead that makes a loop traveling through the dense forest perched atop the rocky points, not to mention the 5 foot high poison oak that thrives on the hills in the surrounding area. The quarter mile trail led our students through a lush forest of Monterey Cypress adorned with lichens, and finally to the coast, which like many in the Big Sur area are often fraught with sheer drops, further accentuating its beauty. We worked in Point Lobos for a little over 2 hours constantly trying out new angles, finding new vistas, working with filters and a little macro-photography as well, until it was time to rest and fill our now empty stomachs. 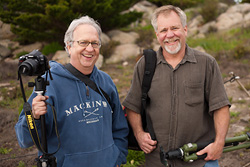 We worked our way slightly south in the Point Lobos Reserve until we came to a tide pool area rife with beautiful rock formations displaying their symmetry and color. Those of us who couldn't put down our cameras were off to take in the little cove and get a head start, while the others commiserated and enjoyed the break with some food. Once everyone had taken their fill, Scott and Scott, led everyone down to further examine the geologic wonders that were abound in another one of California's hidden gems. With the weather not clearing up as we all had hoped, we turned and pointed our cameras back at the rocks and the Scott's began instruct everyone on thinking in monochrome. The diverse lines and symmetry of the rocks, gently lit now by the cloudy sky, give ample reason to turn a rather colorless scene into black and white and explore all the tonal range therein.

With sunset approaching we all packed back into Apcab and headed further south on the Cabrillo Highway into Garrapata State Park. Passing all the tourists, we headed to another, lesser known quarter mile path down the to coast. Gear in hand, all the students enthusiastically galloped down the trail to face the sunset head-on, with the more adventuresome bunch ambling down a path the rocky coast itself. The rest of the class perched itself along the coastal trail, 30 feet above the water, which made it easy for the Scott's to provide instruction, including the odd graduated neutral density filter. The marine layer of cloud sat patiently waiting 2 miles off the coast, and spoiled the "perfect" sunset, but in an instant the tips of the clouds lit up with immaculate reds and yellows, illuminating all of the water in the pools below and giving us a truly gorgeous way to end the day. After a surprising and spectacular moonrise provided entertainment as we walked back to the van, the Aperture Academy's Big Sur workshop came to a close. Handshakes abound, everyone got in their respective vehicles and we put another workshop safely in the books.

Until next time...Scott, Scott and the rest of the Aperture Academy team!