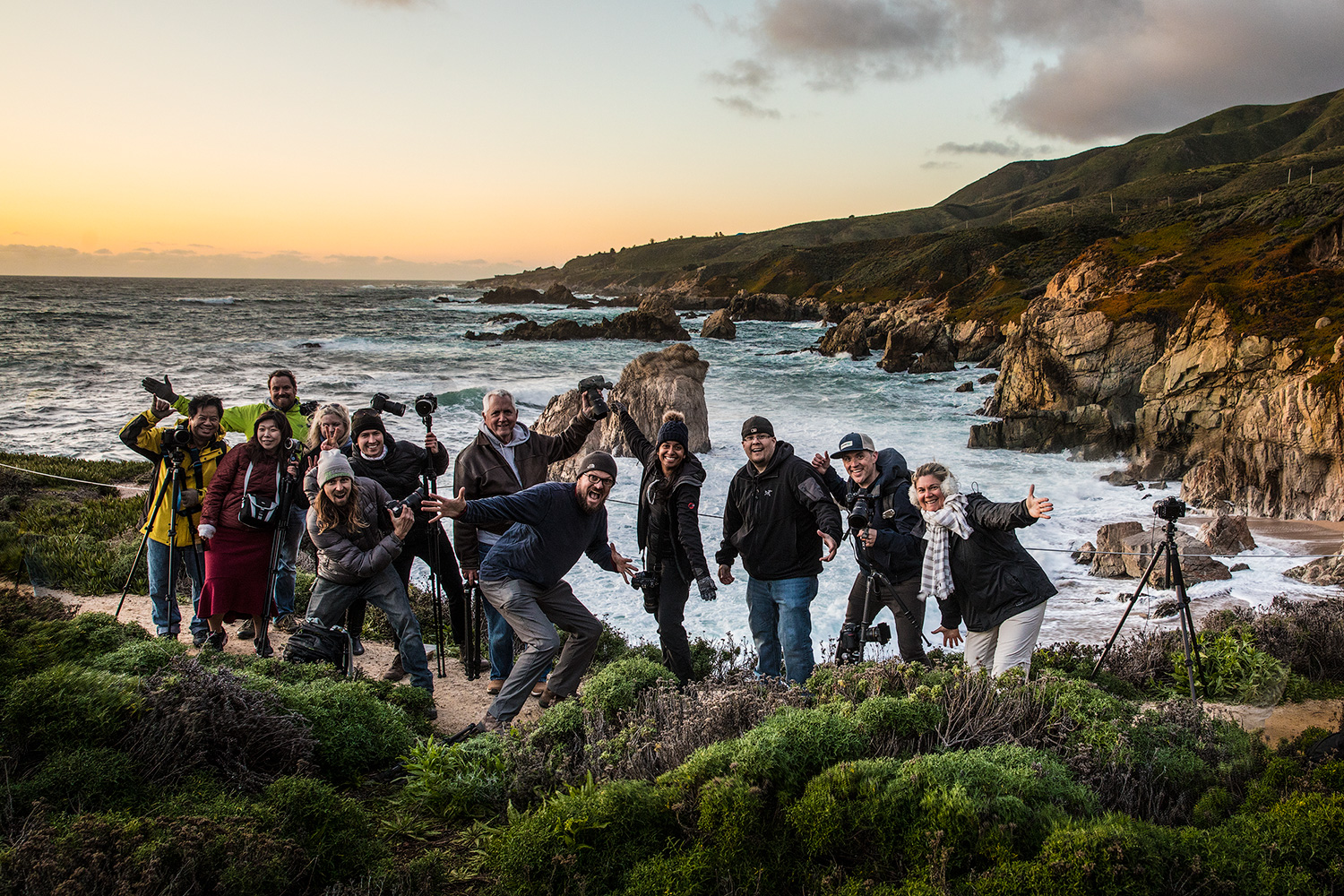 If you've never experienced the Big Sur coastline of California, you're missing out for sure. It's as dramatic and exotic looking as any stretch of coast in the world...and I think because it's in California, people don't quite think so. Lucky for Mike and I we get to take 12 eager photographers on a day tour of this area and show them some of our favorite spots along this magnificent stretch of coastline.

After our little get to know one another orientation we head out in our van to the first stop; a bunch of cool lilies blooming around a small creek. This location is a great warm up stop to work on getting everyone familiarized with their cameras and manual shooting again...and to go over some of the basic rules of composition, and manual settings. I like this place for the beautiful light and dark shapes, as well as the contrast between the stark white of the flowers, and the green leaves. We're also shooting some pretty harsh mid-day light as well...so it's fun to work with that to try and make interesting compositions. I think everyone found a flower or five that they liked, and we got some great shots...those shots will look even better in black and white. 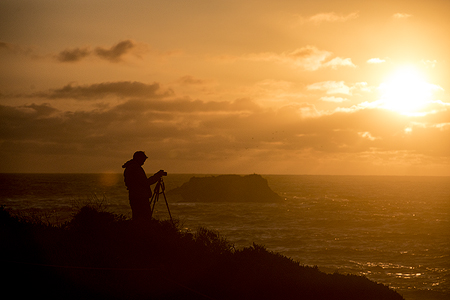 Our next stop was the popular McWay Falls...this tropical looking waterfall is out of this world. It always reminds me of the Cinque Terre in Italy with the way the rocks are formed around a small bay...instead of an old hill town to shoot we have a waterfall dropping onto the beach and into the sea...not a bad option! Here we try to work with our grad and ND filters to slow down our exposures and get some nice silky water action.

On our way back up the coast to our sunset location we stop at some great rock formations to work on capturing the giant waves as they smash along the coastline. Here we work on some slightly slower exposures to get a little action in the waves, but preserve the details of the blue water. We can also work on using our faster shutter speeds so that we can freeze the action of the waves as they explode on the rocks. It's fun to watch that kind of power. 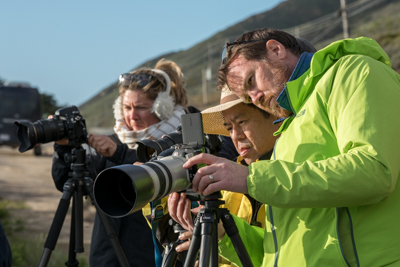 Our sunset spot was awesome...we march out to the cliffs of Soberantes Cove. The large surf was also hammering this little secluded cove...and the light from the setting sun really illuminated the light colored rocky cliffs and made for some nice images...as the sun dropped lower in the sky we were really able to work on some longer exposures, and make some dreamy water. Once the sun was below the horizon we made a hasty retreat to head back down the coast to Bixbie Bridge. This is a favorite twilight shot of mine...you get the beautiful blue hour light, and the streaks of the cars headlights and taillights as they drive this iconic bridge...it's an awesome little entry into the fun of night photography, and it's not yet a super popular image to make, so there's never many other photographers to battle with like more popular places like the Golden Gate Bridge or McWay Falls.

Everyone was getting some tremendous images of this bridge, and I think they appreciated the added time we put on the end of the workshop so they could get this new icon. The clouds in the sky made for an added dramatic image too....with the longer exposures we were not only getting light streaks on the bridge, but cloud streaks in the sky...AWESOME!

The day flew by for Mike and me, and before we knew it we were bidding our fun group of new photography friends adios, and heading back towards the bright lights of San Jose.