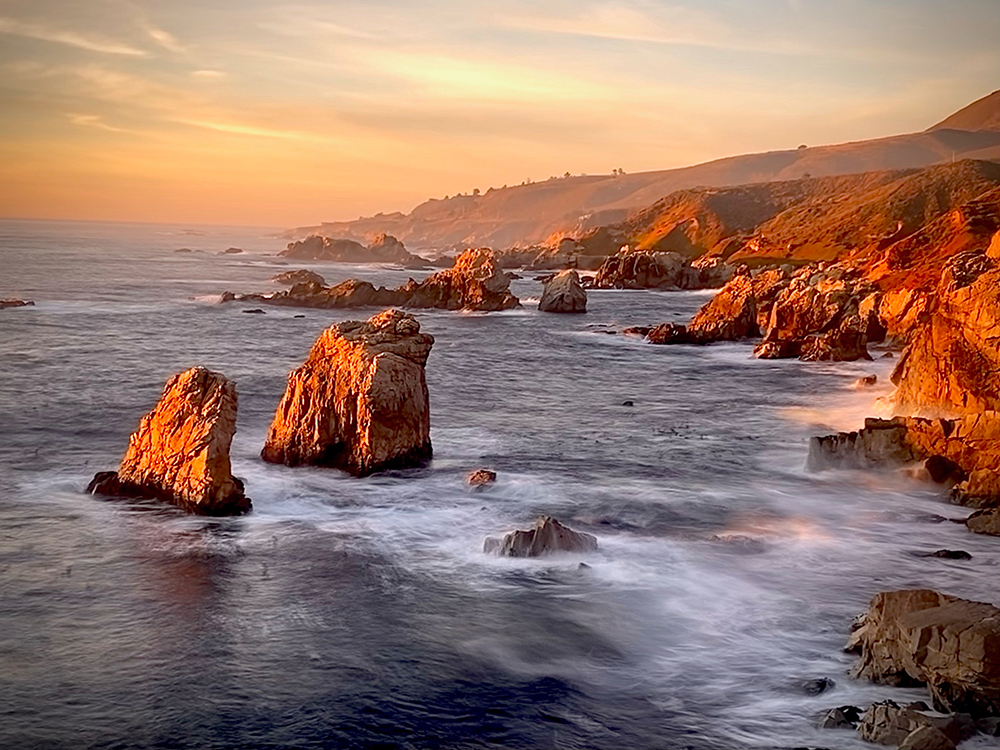 The coastline of central California is stunning. There are not many places as rugged and beautiful as the Big Sur area of California. Photographically there is so much to offer and explore. I met a group of seven photographers eager to learn more about their cameras and see some of this amazing landscape.

After a brief introduction and orientation in Carmel, we set off south for our first stop of the day. Bixby Bridge. This old stone bridge is not only a feat of engineering but also a pretty cool place for some photography. The light at this time of day really lends itself to providing some nice contrast and I would look at every image in terms of monochrome. Everyone has a different level of photography...so for some, it was going over their cameras, and settings and for others, it was more creative suggestions for composition. There's something for everyone in this workshop!

The next stop of the day was McWay Falls. McWay Falls is probably one of the most iconic waterfalls in California not located in Yosemite NP. This waterfall falls onto a beach, just feet from the surf. This little cove looks like something out of a tropical postcard. The light was harsher in the mid-afternoon sun, so I tried to encourage people to zoom in and again, shoot in black in white. Most students had neutral density filters so it was fun to experiment with longer shutter speeds and the effects they provided. 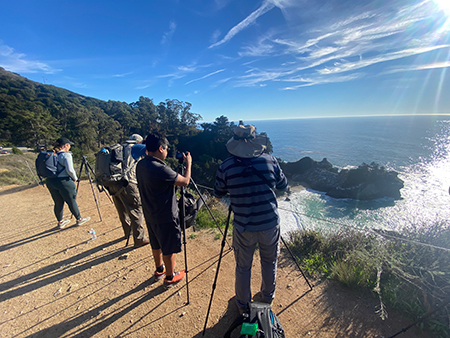 As I mentioned before, these are some of the most rugged and beautiful coastlines anywhere, so it was only fitting that we make a stop on our way to sunset to photograph up and down the coast. Our final destination was Soberantes Cove, a part of Garrapata State Park. This little cove is so beautiful. I know that the Ice Plant is an invasive species, and the state is fighting the battle to remove all of it from the coast, but in the fall it turns beautiful shades of orange and red, and really makes a carpet of beautiful texture for photographs.

Clouds that had been pretty elusive all day finally made a brief appearance and gave some bits of color in the sky to balance the warm glow on the rocks, and in the ice plants. Here, again, we experimented with different shutter speeds and looked for compositions that were aesthetically pleasing. The light was really very nice, and everyone had a great time photographing until after the sun had dipped behind the horizon. All in all, it was a beautiful, warm day on the coast and everyone came away with a few great images!