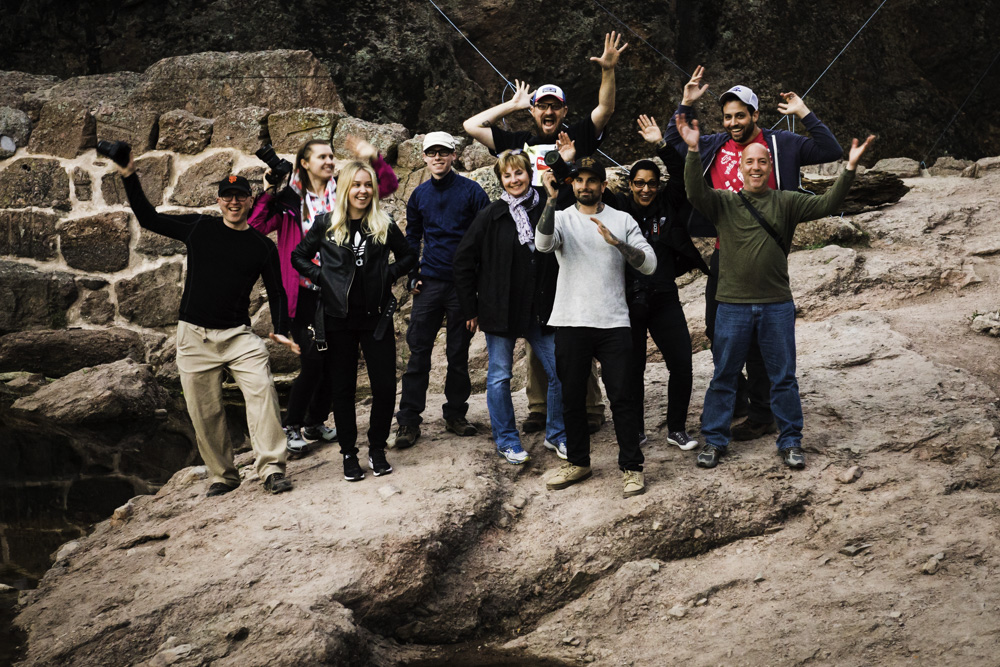 Digital Photography has opened up a whole world of photographic possibilities that weren’t possible 20 years ago, and those things that were possible in the film days were so complex and hit or miss that nobody spent much time trying them. One of those things is night photography, specifically star photography. In the film days the only way to do this was to open up the shutter, and leave it open all night, and then HOPE the settings were correct and you got something. This meant you got one try a night. Things have improved since those days, and the quality of the new cameras and sensors means that everyone can try their hand at night-sky photography.

Aron Cooperman and I met a group of eight eager photographers for a night of fun shooting the stars in Pinnacles NP. We went over a brief explanation of then nights; activities in our gallery before setting off for the 90-minute drive to the park. Once at our location we had a small mile hike up to our shooing location. Pinnacles NP is a hidden gem located relatively close to the hustle and bustle of the Bay Area. Once you leave the valley floor and hike up the ridge to the reservoir, you can see how stunning the area is for natural, rugged beauty. 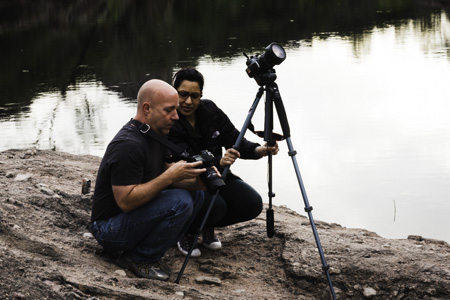 Our shooting location for the night looks directly at a group of stone monoliths with a nice reflective pool of the reservoir as our foreground. Everything was perfect. The cloud cover that had sat over the area all day was beginning to break, and it looked like a night full of beautiful stars was in our future. The only problem was a group of bat researchers had decided to set up their 20ft high netting right in our compositions, and then patrol the area with the worlds’ largest headlamps all night long. This created a challenge…luckily it was one we were able to handle! Rarely does any photography shoot go completely as planned. To handle this problem we exposed an image of our shot at twilight, with a low (noise free) ISO and higher aperture, to get everything sharp. Then we didn’t move our cameras, and just waited. When it was dark enough to begin shooting stars we did a series of 20-second exposures at a higher ISO where we could focus on getting pin-point stars. During these exposures we light painted the rocks with a flashlight.

The second part of the night was gathering star trails. This is done with a series of 5-minute exposures. Because we didn’t have all night, we decided that 12-13 shots would be nice. Aron and I helped the group get their intervolameters set up and once we pushed “start” all that was left was to wait an hour for all the exposures to finish.

For fun, after our star trails shots were gathered we did a few more pin point shots. During this whole experience the bat researchers were hard at work light painting all the things we did not want painted as they searched for bats in their nets. 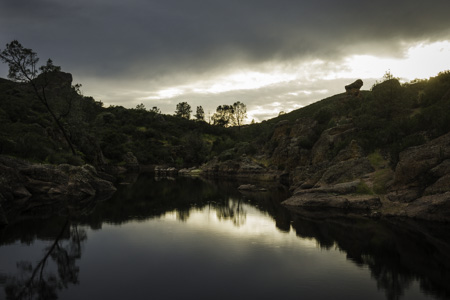 Under the blanket of darkness we carefully gathered our gear and made the hike back to the van returning to the gallery around 1am. It had been a long day and everyone was ready for some much needed rest…we had an early morning meeting to go over all of these images and see if we could make something out of the crazy images we had gathered.

Our first goal was to create the star trai...which we did by stacking all of the 5-minute exposures on top of one another and setting the blending mode to ‘lighten’ which allows only the lightest parts of each image to shine through. This created a great line of star trails…but also showed every headlamp and streak from the bat research team. We needed to get rid of those! This is where that image we took at twilight came in handy. We used that as a layer, masked it out so we could lightly paint in that area until we got to a point where we no longer saw the bat team, and only the rocks, trees, and stars. There was still a 20ft high pole in the middle of the shot still, but that was easily corrected with a spot healing brush. End Result- It was like they weren’t ever there.

Photography is a problem with multiple solutions…and it’s always fun to take something really challenging and turn it around into something amazing. Aron and I were thrilled to see the group begin to get their chops with this kind of processing, which certainly isn’t easy. We hope they’ll run out and practice more in the future and keep venturing out into the night in search of new images.

Brian, Aron and the rest of the Aperture Academy Team