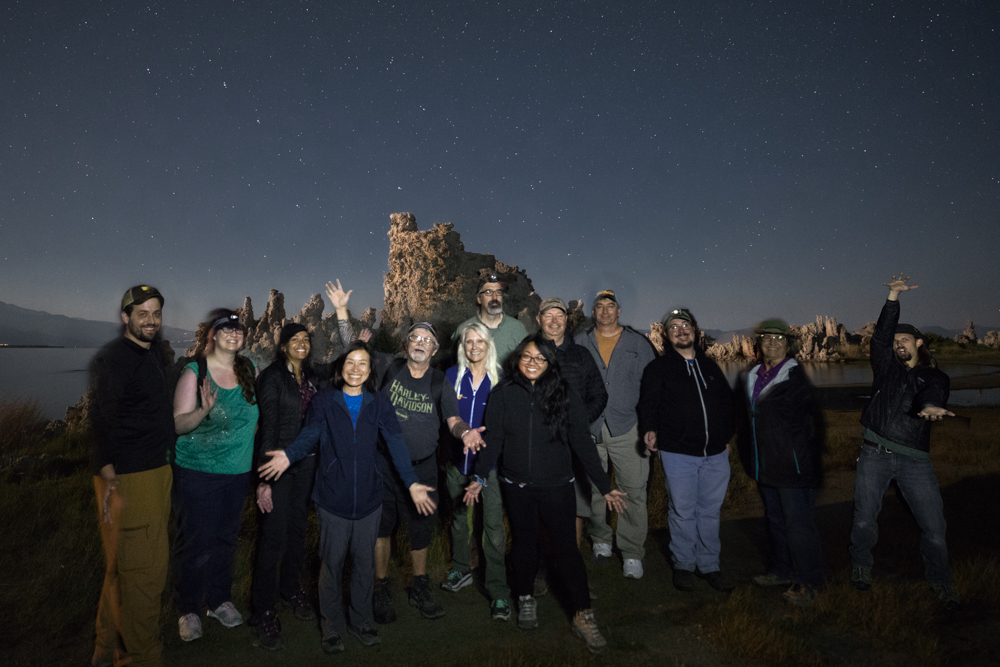 Bodie is perhaps the best preserved ghost town in the United States. It once thrived with a population of 10,000 citizens. Today only a portion of the town remains due to forest fires that are inevitable within the Sierra Nevada. The town has been preserved in a state of arrested decay, meaning the park service strives to keep the buildings looking the same way that they did in 1962 when it first became a historic park.

Bodie attracts thousands of visitors every year, but very few people get to see this amazing location under stars. Aron Cooperman and I met up with a full group of excited photographers who were just itching to see the ghost town at night. After our orientation we gave folks the opportunity to pick up some dinner before driving over to Bodie. We arrived well before sunset so folks could explore the grounds a little bit and get a lay of the land. After the sun had set in the west we reconvened in the center of town near the old church which would be our first subject of the night. After Aron and I got the group set up with all of the proper settings we programmed our intervalometers and let the shutters roll for a little over an hour. Once we completed the star trail portion of the shoot, I lit up the church windows with a red light to give the scene some dynamics.

Next we split into two groups. One group photographed the bottle house while the other shot an old Chevrolet car. We shout our subject for a bit before we regrouped at the gas station for one last shoot of the night. At this point the group was rather tired and it was defiantly past the docents bed time so we called it quits after the shoot. 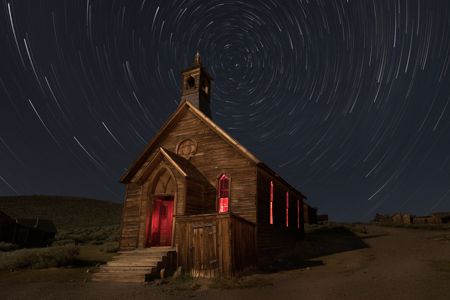 The following morning a few brave souls who laugh in the face of sleep joined Aron and I for an early morning shoot at Convict Lake which was immediately followed by a nap. At 12:30pm the group met up at the ApCab and we headed back to Bodie to see how it looked in the day. Our docents from the previous night caught up on their much needed sleep and gave our group a very pleasant surprise. They opened up two of the buildings for our group to explore which gave our clients a unique opportunity to shoot the town in a way that most people can only dream of.

When we finished up in Bodie, we headed back to Lee Vining for a little dinner break before heading over to Mono Lake for sunset and some more night shooting. The tufa at the south shore make for a very interesting foreground against the night sky of the Sierra Nevada. It’s almost as if we had stepped foot onto another planet. We shot pinpoint stars until 11:30pm and then headed back to the hotel to catch up on some much needed sleep.

On Sunday, the group met up at 9am to learn how to layer their photos together and create beautiful star trails. Aron and I made our rounds to help people with their individual questions and before we knew it we had gone a half an hour overtime. I guess that’s what happens when you get into the heart of post processing goodness!

Aron, Mike, and the rest of the Aperture Academy team