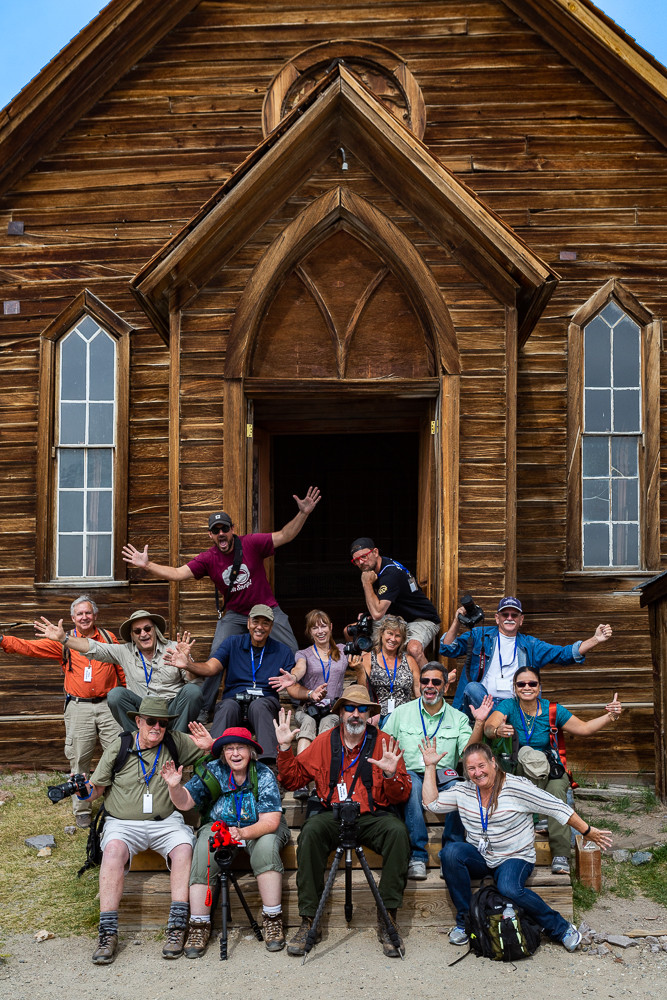 Old West Ghost towns are a phenomenon I think is strictly American. They are fascinating places. Often started in the height of the gold and silver rush of the 1800s, these towns sprung up all over the west…filled full of people, and expanded to become thriving communities. Often located in remote desert locales, they flourished as long as the gold or other precious metal flowed from the mines. When the mines dried up…everyone fled. There were no moving services to help take all those belongings to their next location, so often everything was left “as is” and these towns became ghost towns.

Bodie is possibly the most well known and well-preserved of these old-west ghost towns. It’s a fascinating piece of history. During the day, crowds of folks from all over the world come to Bodie to explore the old wooden structures and peer in windows at the leftovers from an era now gone. While Bodie is beautiful and mysterious in the day time, it’s even better at night…after the crowds have left and nothing but the howl of the wind and the calmness of the darkness envelope the area. We love to take groups here to explore this area and do some night photography.

Scott Donschikowski and I met our group of 12 photographers in nearby Mammoth Lakes for a fun evening of photography and exploration in this amazing ghost town. Our group arrived as the last of the public was leaving for the day. We met our park docent, and she informed us of the rules, then turned us loose to “do whatever it is we did” in the park. We arrived right near sunset, so the first order of business was to set off to photograph sunset. We had some nice color and clouds in certain areas of the park at sunset which made for some really nice images.

Once the sun had faded we set back to our little meeting room to wait for darkness. We used this time to help students get their camera remotes set up properly to do star trails later that evening. Once it was dark enough to shoot stars, we set everyone up to photograph the old church. Here Scott and I light painted the church, and we practiced taking some shots at a slightly faster shutter speed to get individualized stars. Once we’d done a few rounds of those, it was time to set up our programs for an hour of 3-minute exposures so we could make some star-trail images. Most of the magic with these images comes later with post-processing, but it’s fun to set the camera up and then wait for it to do its magic. 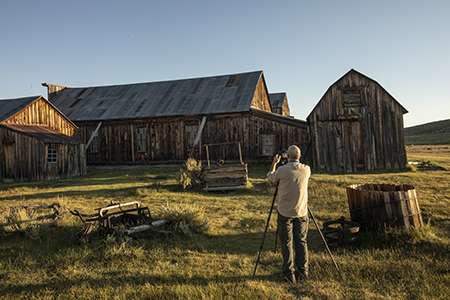 When our hour was over, Scott and I broke the group into smaller groups and set off to shoot a few of the other little gems in the area. Old trucks and cars are awesome, and there’s a few skeletons of these old vehicles scattered throughout the park. Our groups had fun light painting these and seeing what the images looked like on the screen. Time flies when you’re having fun, and before we knew it it was close to midnight, and time for us to begin to pack up and set off back for Mammoth.

The next afternoon we met after a full nights’ sleep for a return trip to Bodie, to see it in the day. While it’s fun to explore during the day, and see the area...once you’ve been at night and seen the park without any other visitors…it’s no comparison, and everyone agreed…night is better!

This was a night workshop primarily, so we stuck with that theme and set off for Mono Lake South Tufa for sunset, and a little more night shooting.

What a great sunset we had. We've always had pretty decent luck with light at Mono Lake, and the tradition continued for us…we had an incredible sunset with storm clouds, brilliant colors, lightning flashes, and of course the other-worldly tufa structures. Everyone had a lot of fun watching the sunset as it morphed and changed throughout the evening. 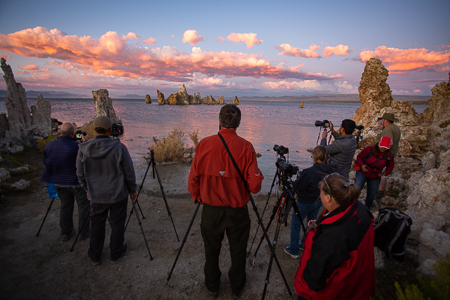 Once the sunset finally stopped showing off, we set back to photograph some pin-point star images of the tufa. We practiced some different light painting techniques, and tried to have a little fun with the overall look of the images. People were really happy with the images, and we were happy to help.

We had a processing session at 9am the next morning so we were back at the hotel by 10pm so that everyone could download their images, and be ready to learn how to stack them all together the following morning.

9am comes early after a couple days of being up late. The processing part of each workshop is always fun. It’s great to see the different visions of each photographer, and help them make the most of their images. Creating the star-trails photos also takes some practice and it’s good to have Scott and myself there to show everyone how to do it, so they can recreate the process as they begin to do more and more star shooting.

Overall we had great sunsets and stars…you can’t beat it when both happen. The group was a lot of fun, and Scott and I were happy to see so many awesome images on those camera screens.