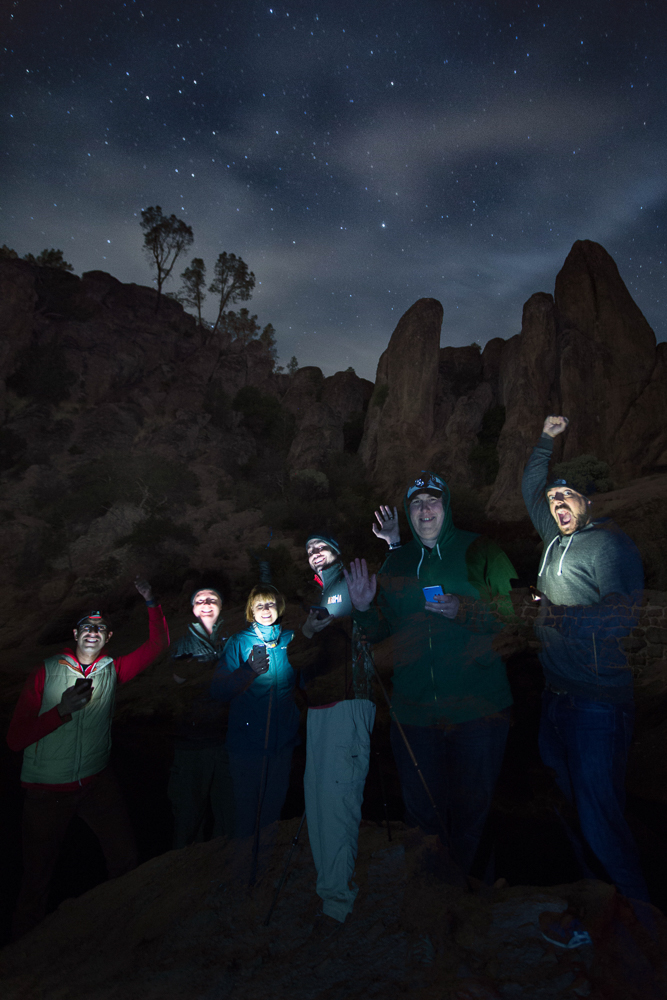 Night photography is quickly becoming the most popular kind of outdoor photography. I think its because cameras these days have improved so much on their predecessors. All the major manufacturers have made great strides in improving the high ISO performance of their sensor systems thanks to newcomers Sony and their game changing AR7 series of mirrorless cameras. Also there's something intriguing about night photography that everyone gets giddy about. I think its the ability for the camera to show us a world which we cant perceive with our own eyes. We need digital technology and a little bit of time to help open our eyes to the magical world of the darkside.

Like every photographic workshop the Aperture Academy offers, we start our adventure with a brief meet and greet with our fellow students and instructors. For this workshop, I was joined by fellow photographer and instructor Aron Cooperman. Aron and I love night photography just as much as the next guy, and it was our job to explain the basics of the nights proceedings at our gallery space in San Jose. After a short introduction and primer on the basic skills our group would be acquiring, we all headed down to Pinnacles National Park in our beloved ApCad #1.

Once on site in Pinnacles, we made the mile hike up to the reservoir with our group and had them try to visualize and plan how their own personal night shoot would go. This involves scouting the area a little bit for potential night compositions. Aron and I helped the students to pick a spot which would meet there needs for a successful series of images for the night. Once the cameras are set with the "perfect" shot according to them (with our guidance of course) we sat in wait for the sunset and night sky to set in so we could start making exposures. Its critical that this first step be done in the daylight hours, as the ease of finding your spot and setting up the camera is unparalleled during the day, and almost impossible at night. 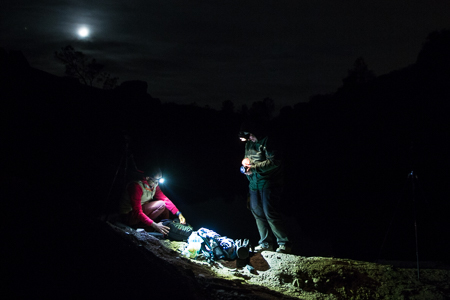 As the first bit of stars appeared in the sky, we began testing our exposures and getting a feel for shooting in the dark. Everyone was getting more familiar with having to blindly adjust their camera settings! At last, the sun and its glow completely disappeared below the horizon and our first true night shots could begin. We spent the next half hour doing shorter exposures to capture the still or pinpoint stars while Aron and I lit the rocks in front of us with a big LED light. Once everyone was satisfied with our "lighting" job, we moved on to trying some much longer exposures. After a little bit trial and error, we figured out the correct settings to get maximum definition in the stars. Once we set our intervalometers, we sat back and enjoyed hearing about travel stories and photo news. A little over an hour later, the sky began to get clouded over, and had to stop our exposures. We took a quick ghostly group shot, and packed up our stuff and headed down the trail, back to the van, and finally into San Jose. 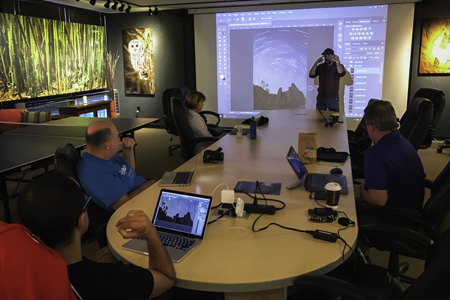 After a good nights rest with an extra hour to spare (thanks daylight savings) we met up at the studio in the morning hours to go over the second half of night photography: processing! Using a combination of Lightroom - organize, and Photoshop - to fully combine and process, we are able to create something that even our digital SLR's - with all their power - cant do. We pieced all the individual star trail shots together in Photoshop, and viola, in under 15 minutes we had star trail photos. Its not all easy peasy though. We spent the next hour and more discussing ways to further enhance our shots using Photoshop and LIghtroom. We talked about bringing in the light painted shots, making the star trails look like comets, mixing the two together, and finally sweetening the whole combined image back in Lightroom. It was a full 2+ hours or post processing. A necessary evil for getting the shot! But totally worth it.

Scott, Aron and the rest of the Aperture Academy Team