The Dark Side of Photography Workshop | October 14th, 2017 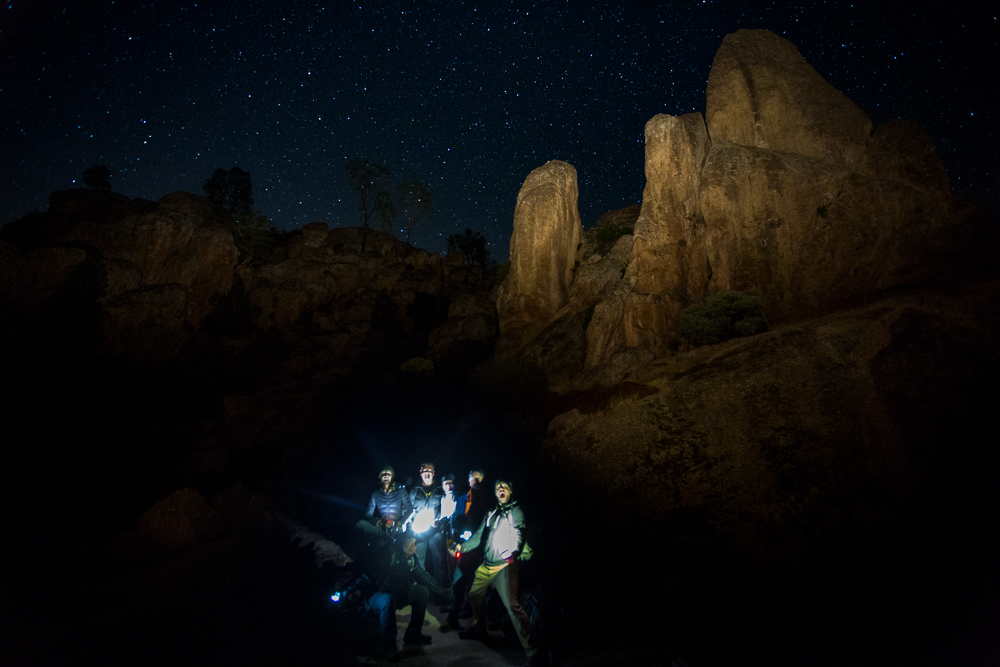 Photography can be an adventurous hobby for some. They’re always looking for a way to push the craft and their skills further. For those who want the ultimate adventure and unique shots, the path will inevitably lead into the dark of night.

On a sunny October Saturday, Scott and I met with a very intimate group of photographers who were looking to take their craft to the dark side. Scott and I conducted an orientation to introduce ourselves and to learn about the group. After orientation, the group piled into the Aperture Academy van and we headed south to Pinnacles National Park with plenty of daylight to spare. We hiked through a beautiful canyon for about a mile until we reached a unique monolith that faced the northern sky. The group took advantage of the last rays of daylight to enjoy conversation and snacks. Once the sun had started to set, the group made their final adjustments to their compositions. 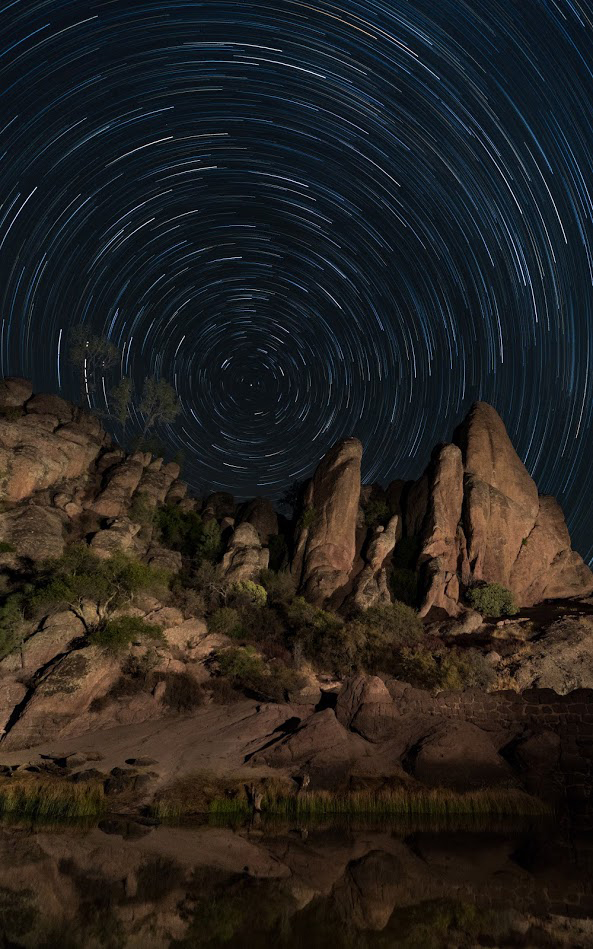 Soon the sun was down and we began to paint the rocks with light. After grabbing some shots of the foreground and a few pinpoint stars, it was time to set our exposures for the fun stuff. Star-trails! Once everyone had their intervalometers set, we let our cameras go to work for the next 75 minutes while we sat back and indulged in conversation. Once the stars ran their course, we packed up our gear and headed back to the Van. We arrived back in San Jose around midnight and parted ways so we could get some rest before post-processing the following day.

After a good night’s rest, the group met at the studio on Sunday morning where Scott and I were ready to help our students create star-trail magic. Once everyone had their images uploaded into Lightroom and we made a few minor adjustments, we had the group bring their star-trail sequence into Photoshop. This is always the most exciting part of editing because many people have never edited star-trails before and watching your first star-trail appear before your eyes is a memorable experience.

Once everyone had their trails assembled, Scott and I taught the students how to mask out any airplanes that crossed our trails. Then we showed the group how to transform their trails into comets. Once everyone had the basic edits down, Scott and I helped everyone with their finishing touches and before we knew it, three hours had flown by. We hope these new Darksiders take their talents out into the world and continue to make beautiful images at night.