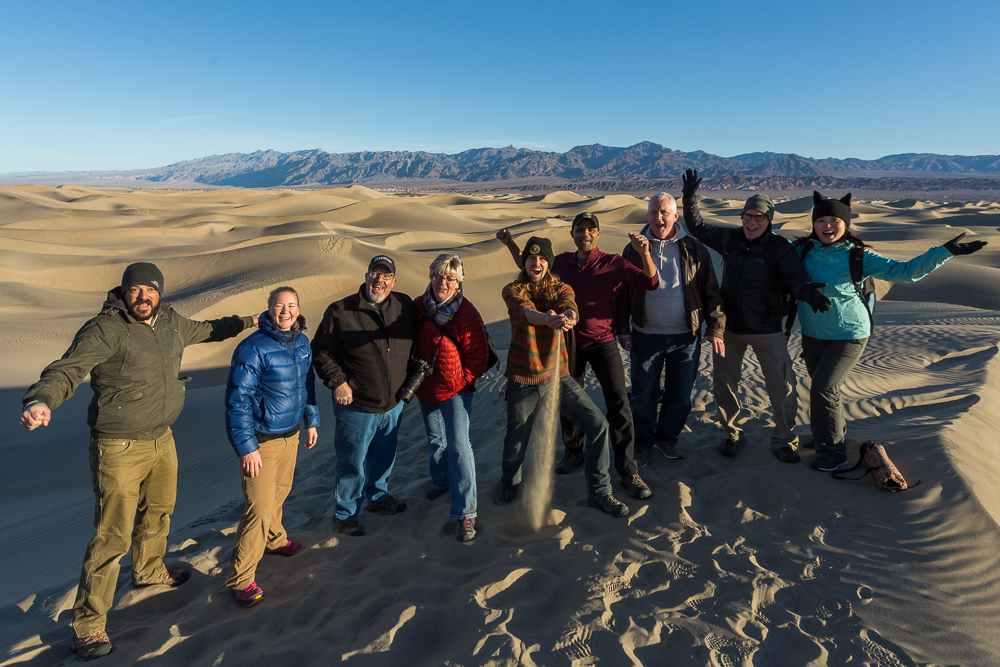 Death Valley National Park resides in a pocket of desert at the eastern edge of California just north of the Mojave desert proper. Death Valley is an amazing and vast wilderness, that, contrary to popular belief, is in fact teeming with life and amazing photographic opportunities. The names used to describe the park's features highlight its desolation, but the park is a smorgasbord of activity, and through the conservation efforts of the National Park Service, access to the seemingly remote reaches of the park, have never been closer to enjoy. Every year the Aperture Academy kicks off the workshop season by starting in Death Valley in January, and this year is no exception. Professional photographer and co-instructor Mike Wardynski and I welcomed our first group of 2018 to this amazing place!

Like all of our workshops, an orientation begins the adventure where we discuss the itinerary of the upcoming days. We met everyone in the heart of the valley at the Furnace Creek ranch, soon to be re-designated as The Oasis, as construction crews have begun to update the services there. But for now, the old ranch still dominates the surface. As we met some new faces, and welcomed back some old ones, Mike and I explained what kind of adventure these folks had signed up for, and before long we told them all to grab some sleep, they would need it! 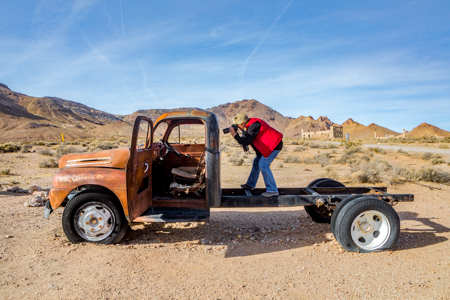 Our very stop on the this workshop is a great warmup for those who havent dusted off their cameras in a while. We headed over to Zabriskie Point for sunrise, where the vast alluvial fans of mudstone fold over themselves as far as the eye can see. The landscape is vast, and the icon of the shot is Manly Beacon, a yellowish fin-like structure that juts out of the formations of multicolored rock below. As we setup, we waited eagerly to see if these "clear" skies would generate any clouds which would light up with the creeping sun. And bingo! We were not disappointed. The clouds to the west lit up an amazing pink and provided a nice contrasting color for the shoot, if only for a few moments. From there we waited for the sun to rise to switch our perspective (and lenses) to zoom in and catch the light as it crept over the folds of the yellow mudstone to our left. While pushing our white balances, we managed to grab some awesome closeups of the alluvial fans with perfect light, before heading back to the ranch for a quick morning break. After break, we headed east into Nevada to see the old ghost town of Rhyolite. With a couple of hours on site, we encouraged our group to spread out and explore the townsite, while Mike and I followed close behind to provide examples of compositions and places of interest. From there we spent a little time photographing the open air museum of Goldwell, which has outdoor sculptures that mix whimsy and weirdness in the otherwise plain high desert landscape. Mike retired a pair shoes on old wooden telephone pole, and to his delight (after MANY tries) succeeded in sinking the highest spot above all else, hopefully there for eternity, or until a big storm knocks them down. 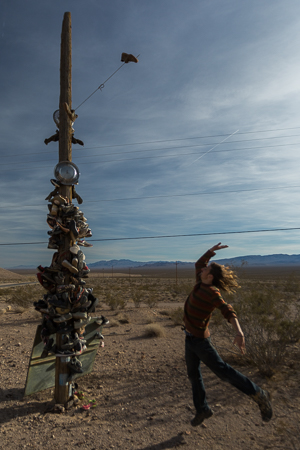 With the sun in a downward trajectory, we hurriedly made our way back into the park and down south to Badwater Basin for sunset. So named for the spring-fed pool being undrinkable, Badwater is an expanse of salt encrusted earth, whose repeated freeze–thaw and evaporation cycles push the crust into honeycomb shaped formations. Mike and I, having explored Death Valley expensively over the last few years, know that finding these pristine salt formations is easier said than done. But there are a few spots within a short walk from the main road where the salt honeycombs are near perfect. We headed out to one of these spots and waited for the magic of sunset. Again, even though multiple forecasts called for clear skies, we were all happy to see a nice amount of high wispy clouds catch the light from sunset and help to illuminate the sky against the stark white desolation of the salt field. With Mike and I's assistance we were pretty confident our group would have plenty of A+ shots to choose from for our post-processing session.

Todays morning started even earlier, as we had a slightly longer drive and hike out to our starting location. The Mesquite Sand Dunes was our target and we made sure to try to easily get a location smack dab in the middle of the dunes, where would be less likely to see footprints from the hordes of tourists who daily climb the crests and valleys of this area. Hiking out in under the full moon in the vast desert is a pretty awesome experience, knowing full well that under most circumstances, you are totally safe from getting hopelessly lost. Thats a warm feeling to enjoy in this wilderness. Anyway, we made our way out to the dunes and setup for sunrise, which did not light up as spectacularly as the previous morning, but was interesting nonetheless. As the sun rose, some more adventurous explorers from the group hiked out to see what laid beyond our immediate eyesight, and I coached the folks with me on using zoom lenses to isolate the patterns of shadow and light in the dunes to make interesting photographs. The light on the dunes at sunrise is extraordinary. Being out there with no noise pollution, virtually no other people, in a desolate desert landscape, without the fear that comes with being remote, is an experience thats hard to put into words. Most of our group was content in staying atop the dune we started on, focusing on their immediate surroundings. I didnt blame them, you dont have to venture far for some awesome shots! After a group shot among the dunes, we headed back to Furnace Creek for a midday break. 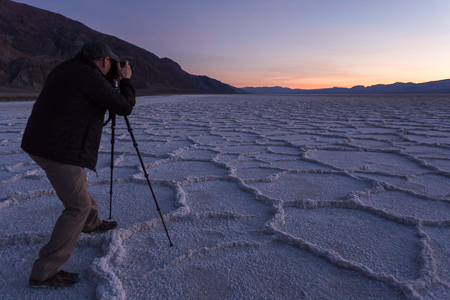 In the afternoon, Mike and I hosted a post-processing session in the diner at the ranch. For a couple hours we worked with our people on using Lightroom and Photoshop to properly catalog, develop, and tweak their images to get the utmost out of them. We were happy that was a lot of interesting stuff our group came back with. The light had been amazing to this point.

After our break, we quickly took the group down Artists Drive, for a peek at the multicolored oxidized rocks there, but it was only a peek, as the harsh sun washed away all the color and the contrast was far too high for an effective photo. This one of the rare times where we were nothing more than tourists, just enjoying the sights. We made our way back to Badwater Basin, and walked out to a completely flat white area of the salt, to provide a different scene for this evenings shoot. Some areas of the salt flat have no features at all, either by wind or water erosion. Standing in the right place the flat salt looks like it stretches on for miles. Mike and I tried to coax the sky to light up by not bringing our tripods (a trick which works with some regularity!) but to no avail, the light was not as great as it had been the night before. Still nice, but we were reaching for the stars. We did have shorter walk back to the van though!

What an awesome trip! Thank you so much to everyone for coming with us for an amazing two days in the desert! We always have fun teaching and learning with you on these adventures!