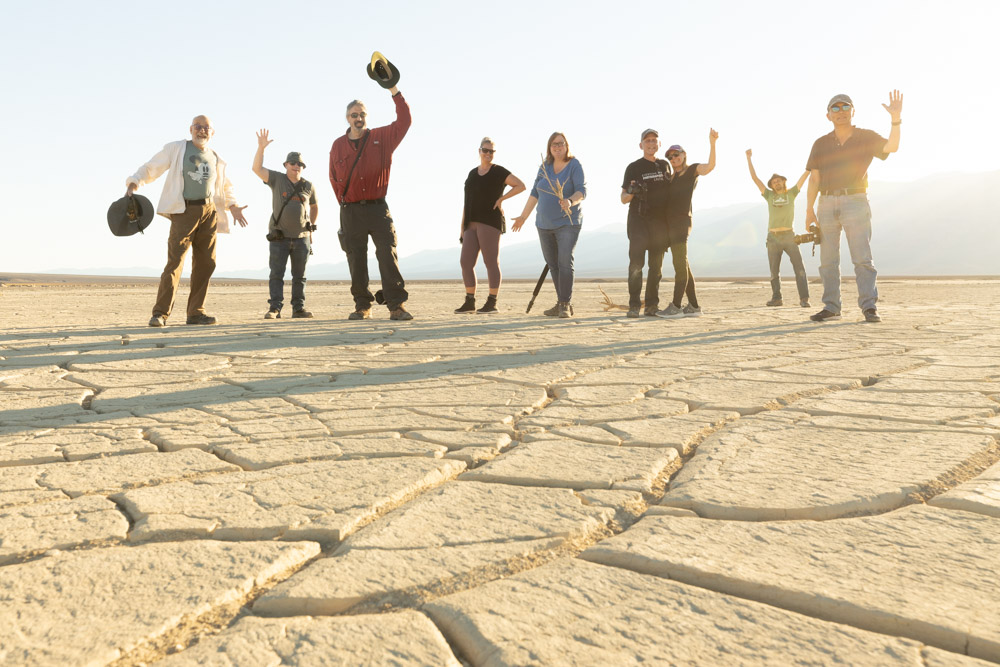 Deep in the desert of the Mojave lies an arid, desolate, and absolutely beautiful environment known as Death Valley. This incredible landscape is full of photographic wonders and hidden treasures for the lens.

On the first morning of our workshop we woke up well before sunrise and drove to an iconic vista of rolling badlands. The group was given instruction on camera settings and various composition ideas as the sun began to rise. We were lucky enough to have a few clouds in the western sky that caught a bit of light just before the sun broke over the horizon. After sunrise, we shot the scene bathed in light for a spell and then headed around the mountain to photograph more incredible badlands before the direct sun reached them. After a couple of hours of shooting we took a short break back at the hotel before heading to lunch and a wild ghost town just outside of the park where the group scoured the grounds for interesting compositions. The group then headed back to the hotel for another short break before heading back out to photograph polygonal salt formations under the sunset at the lowest point in the United States.

The following morning the group woke up a little bit earlier because we had a slightly farther drive to a beautiful location in the sand dunes where we photographed unspoiled sand for a few hours. After sunrise we headed back to the hotel for a midday break and post processing session. 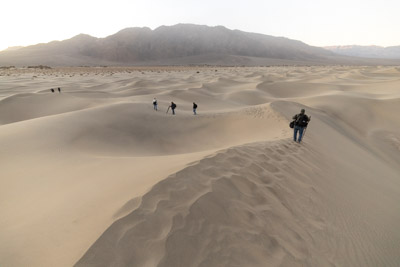 The final shoot of the workshop took us to some very picturesque mud tiles with colorful mountains in the background. I could see the group was a little worried about the lack of clouds but I assured them that the color would come after the sun had set. About 20 minutes after sunset the eastern sky lit up with a beautiful purple glow and the group went to work collecting their shots.

Time certainly does fly in Death Valley. Before we knew it the sun was down and the workshop had come to an end.