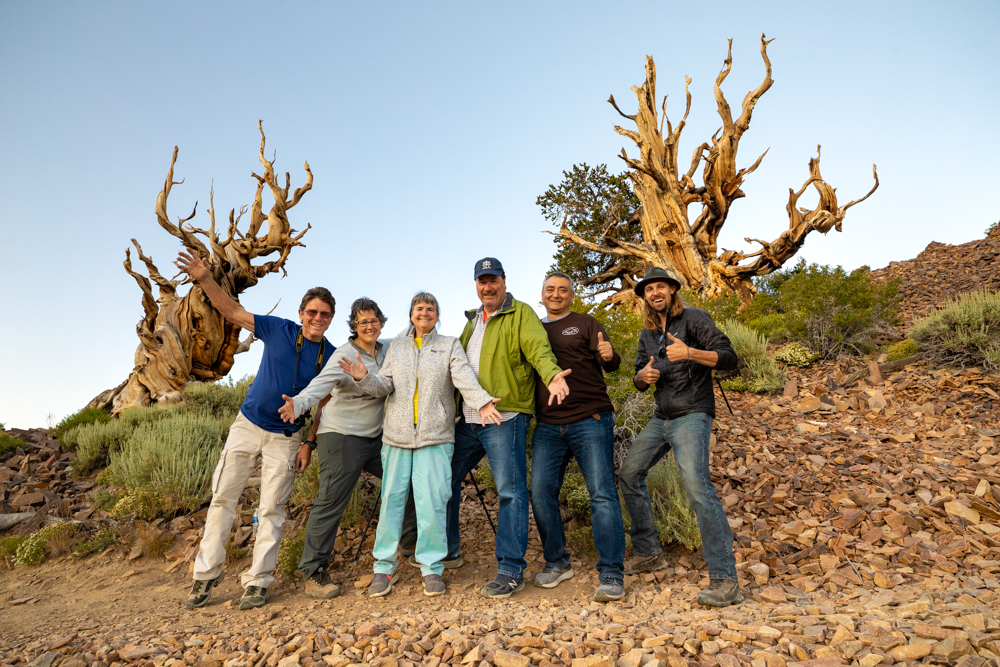 There are few places within the United States that rival the impressive sites of the Eastern Sierra Nevada. The range runs 400 miles north to south with unabridged beauty throughout. The Eastern Sierra mountains just outside of Yosemite and Sequoia National Parks has a special place in our photographic hearts at aperture Academy.

We kicked off the workshop with a Sunrise shoot at the iconic Convict Lake. At 7,850 ft above sea level, the lake was originally carved out by glaciers thousands of years ago. Today the lake is an impressive 140 feet deep, making it one of the deepest lakes in the Sierra Nevada range. In the early morning, Mount Morrison catches the first glow of day as warm light paints its face which is reflected on the lake's surface. Once the light covered the mountain, some photographers in the group switched gears and shot some abstract ripples near the shore. After everyone had their fill, we headed back to Lee Vining to get some breakfast at the Whoa Nelly Deli. 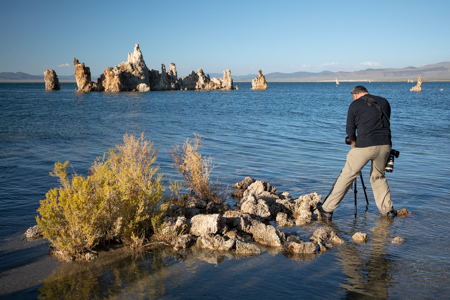 After breakfast, we headed up the Tioga road to Tuolumne Meadows where we photographed some pristine high country ponds. From there, we headed further down the road to Olmstead Point to photograph some dwarf pine trees growing straight out of the granite rock. The group used cracks in the rock to create leading lines to their subjects and all was right in the world. After a few hours of exploring Yosemite, we headed back down the pass to get some lunch and take a nap.

For the second portion of the day, we headed to Mono Lake’s South Tufa day use area. Mono Lake is one of the strangest and most beautiful lakes you’ll ever lay your eyes on. Bizarre limestone formations called tufa are created under the water’s surface when freshwater springs mix with the lake’s salty contents. Over time, the lake water has receded to expose the tufa into the open air. We photographed these formations throughout sunset and the blue hour before heading back to our hotel to get some rest for the following morning.

The next day we returned to Mono Lake for another shot at the lakes mysterious coastline. The water was much calmer in the morning so the group got some great serene shots of the lake at sunrise. After the early morning light had faded into day, we packed up and headed back to Lee Vining for breakfast. From there, we headed to the best preserved ghost town in the US. Bodie was a gold rush town which ballooned to nearly 7,000 people in 1876. By 1881, the town was already seeing a decline in population though, and by 1910, the town was left with less than 700 people. The last mine closed in 1942 due to WWII. Today Bodie is protected and preserved by the California State Park system. It is a remarkable place to photograph on many different levels. The group spent nearly three hours scouring the grounds and looking for photographic treasures. 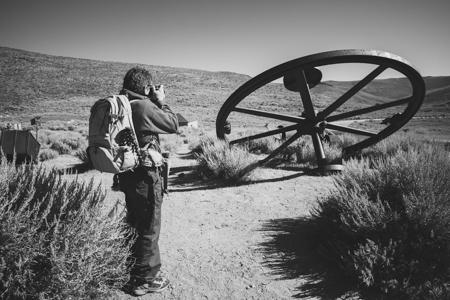 At noon we headed back to Lee Vining where folks were dropped off at their vehicles so we could caravan down to Bishop. After a short break in Bishop, we gathered back in the Sprinter Van and drove south to the Alabama Hills. The Alabama Hills is an incredible landscape that is a mix of Flintstones meets Mordor. First we photographed the main road which creates a fantastic leading line to Mt. Whitney. Then we headed to the back side of the park to photograph Ladyboot and Cyclops arches for sunset. Once the sun sank, we worked our way over to Mobius Arch to do a little bit of light painting before heading back to Bishop for some well deserved sleep.

The next morning we made our way north to the Mammoth Lakes area. Here we shot Hot Creek for sunrise as the dark of night faded to beautiful purple hues. The next stop on our list was some morning grub. We stopped at a little cafe in Mammoth before heading back out to shoot a little more. We drove to Lake Sabrina where we photographed some long exposure shots along the creek. Then we got a little creative and tried our hand at some panning shots on the trunks of the nearby Aspen Trees. Lastly we shot the clear reflections on Lake Sabrina, before heading back to the hotel for a midday break. 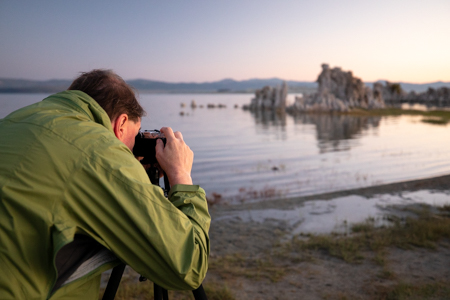 We headed to the White Mountains for the last shoot of the workshop where we shot the oldest living trees on the planet in the Ancient BristleCone Pine Forest. Here we got set up to do some startrails while we still had some light to see what we were doing. The group dialed in their settings and then waited for the sky to become dark. Once it was dark enough we let those shutters fly and continually exposed four minute shots for the next hour straight.

The following morning, I met the group at 8am in the hotel lobby to go over a little post processing magic. I showed the group how to merge their star trails as well as how to combine their light painted shots from Alabama Hills. Before we knew it, the workshop was nearing an end. I answered any last minute questions before concluding another fantastic workshop.