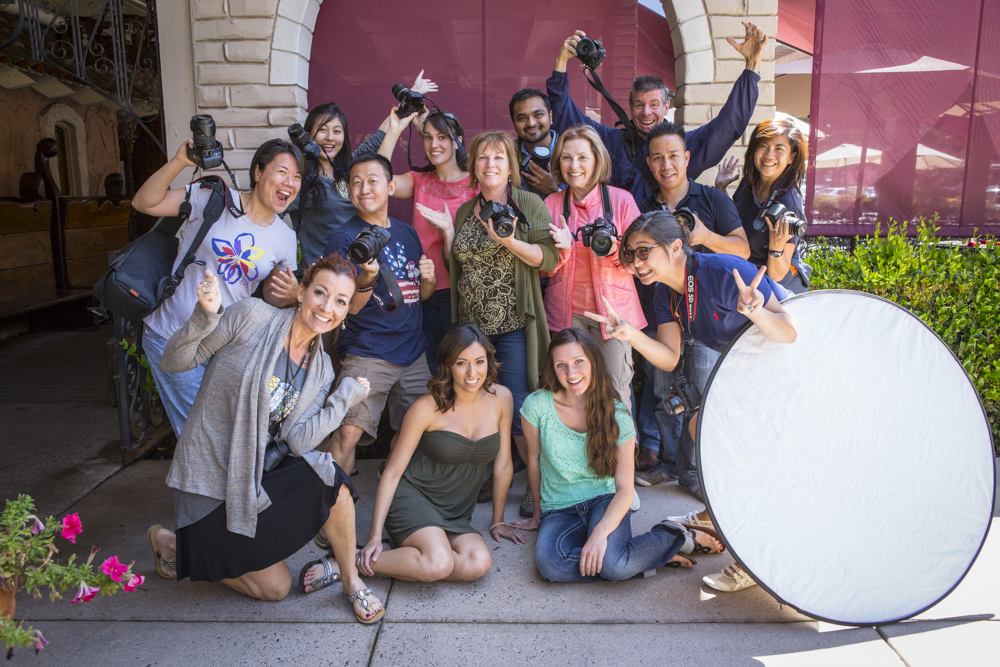 It was a great day for the two back–to-back Natural Light Portrait workshops on July 14, 2013. Both classes had a relatively small ratio of students so that each of the instructors, Ellie and I, were able to focus on each student during the different stops on the workshop routes. Each workshop began with the traditional introduction wherein the students introduced themselves – where they came from, a little bit about their skill level in photography, what they are shooting with, and how they learned about Aperture Academy. We had students from all over – San Luis Obispo, San Jose, etc. Most of the students shot with Canon, a few with Nikon.

The classes were filled with tips on how to shoot a portrait. Both classes started with the two models, Teagan and Whitley, posing against a simple textured background in open shade for nice, even light. We had our aperture set as wide open as possible (f/1.2, f/1.4, f/1.8, f/2.8, f/3.5, f/4) so that once we moved our models forward in the scene, we were able to achieve a shallow depth of field behind them. We moved to an area where we pulled out our reflectors to fill in the shadows in our models’ faces – white for a more subtle fill, silver (very reflective) to reflect a more blue temperature, gold (also very reflective) to reflect a warm temperature, and black to take light away. 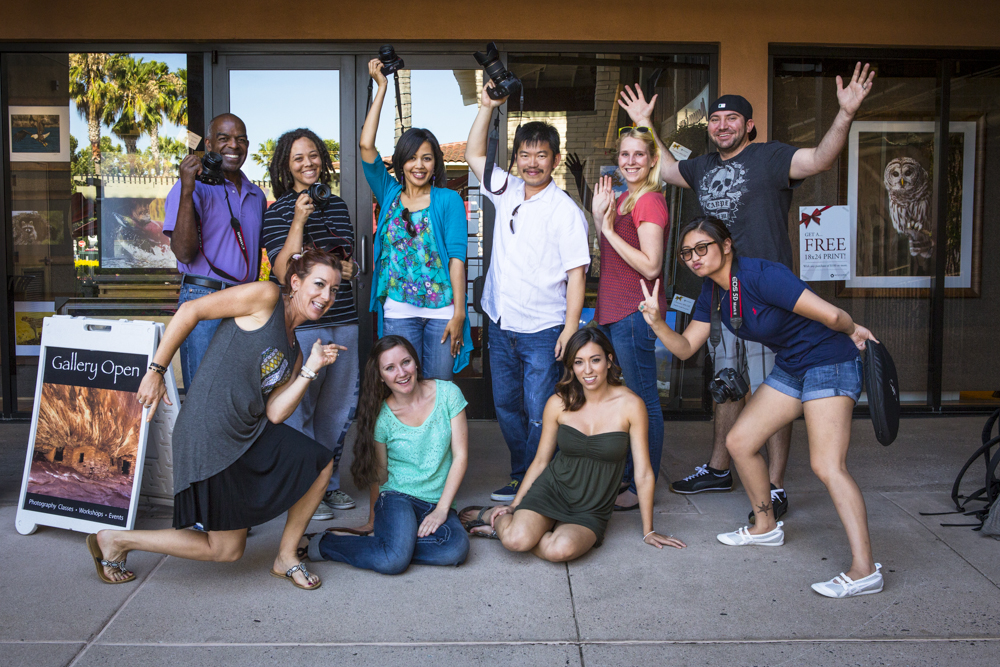 Another fun exercise was having the students take photographs of the models in direct sunlight with stark, harsh shapes in the shadows in their faces just so they could compare with the next shot. The next shot, we placed a diffuser from the 5-in-1 reflector over the models so that the sunlight coming through would be a soft, even light. We also had our models turn with their backs to the sun so that they would get a backlit effect – the sunlight leaving a rim light around their heads and the models having an even light on their faces with no shadows.

It was interesting to position ourselves close or further from the model to get different elements in our frame like railings or flower bushes. The students practiced using repetition in their photos by making columns or stairs repeat in the background. It was good to stop in a couple areas where the light proved less than ideal – whether it was difficult artificial tungsten light or where the light was too harsh, and bright.

The weather was warm with a refreshing breeze which really made for a great day for these two workshops.