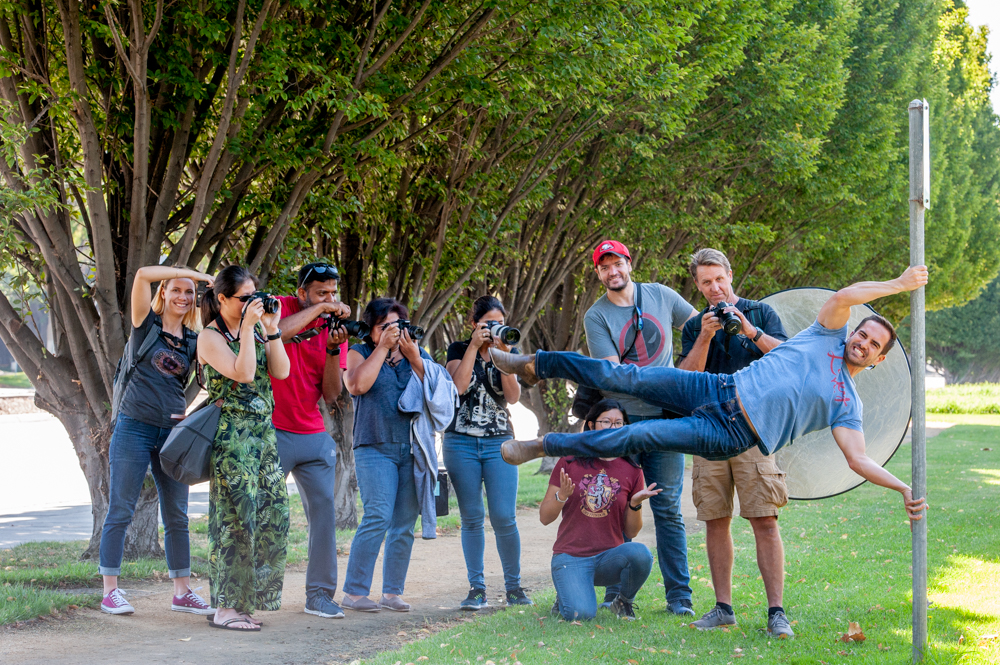 In the world of portrait photography, it is just as important to connect with the subject as it is to take that "perfect" photograph. On a Saturday morning at Aperture Academy, a group of students and I practiced this philosophy with our model, Matt. We focused on four goals: finding the right light, posing the subject in flattering ways, engaging the subject and bringing out natural expressions, and finally finding a nice background to complement.

We started with a review session of the exposure triangle, especially focusing on how aperture affects the depth of field of a photograph. After our run through of settings, we looked at how different lenses can also affect a portrait, and then finally how to compose a portrait using rule of thirds.

When we headed outside with Matt, the sun was already out at full strength. We focused on finding the right light first-which begins with observation. There were only three positions in the sun: front lighting, side lighting, or back lighting. When working with front lighting, the students immediately noticed shadows under Matt's eyes as well as the harsh contrast. Side lighting kept that same contrast, only shifting the shadow to one side of his face. Backlighting however, gave us some nice indirect light to work with. With the sun being fairly low in the sky still, some students experienced haze from backlighting. The haze and light flares were caused by the sunlight directly entering their lenses, so a simple shading of the lens fixed that issue right away. 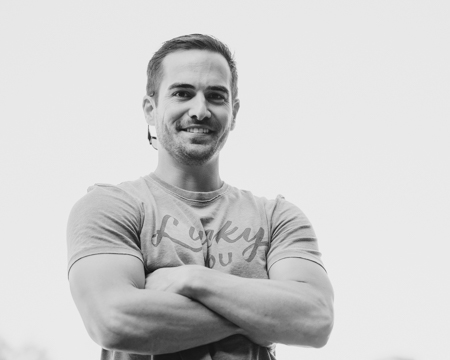 From then on, we made sure that every position we put Matt in had soft and indirect light. We worked with different lenses next. Depending on whether a student was wielding a prime or telephoto lens, they would find a different background. With the telephoto lens, we were able to angle ourselves and zoom in, compressing the photo so that a small part of the scene became a nice background blur. On the other hand, students with prime lenses that opened up to a larger aperture would pull our subject as far away from a background as possible, really enhancing the bokeh.

One of my favorite parts of the Natural Light class is letting the students try and position the model on their own. It's not only gratifying to see students applying the skills we've learned, but also exciting to see them interacting with Matt and getting some hands on experience. They worked together and did beautifully, suggesting to pose him against a tree in the shade. We worked on angles as well—understanding that depending on the mood a photographer wants to set, the angle would change. Going for a more dominant look, we posed Matt against the sky and adjusted our exposure compensation to account for the backlighting. It was also a good segway to understanding how the camera does not have the dynamic range our eyes do. While we see a blue sky behind Matt, our camera sees a bright background and dark subject; by adjusting our exposure accordingly, we were able to get a perfectly exposed subject and a white backdrop. The same effect happened when we placed Matt in front of a dark building. The wall of the building suddenly became a nice, black studio backdrop. 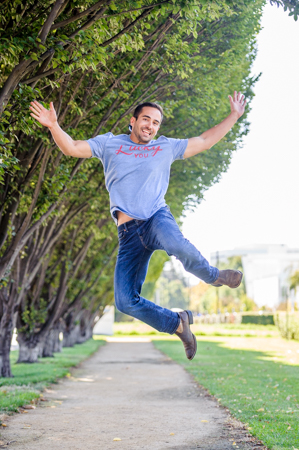 We worked on some head shots and tried to emphasize tightening the jawline—allowing the light to wrap around Matt's face. After some close-ups, we headed across the street to work on framing and using leading lines. We had Matt crouch along a row of trees and used the negative space between the trees to create a natural frame, drawing the viewers' eye in. We also worked with a reflector, both as a diffuser and as a tool to create catch light in Matt's eyes. Shortly after, we ended the morning by having Matt walk and jump for us, practicing focusing skills and shooting on continuous release mode. This group understood focus modes pretty well, so it was a pretty successful attempt to freeze Matt jumping and walking right away.

I said farewell to the students with the hopes that they will be able to take the lessons learned and apply them frequently on their own. After all, practice makes perfect!