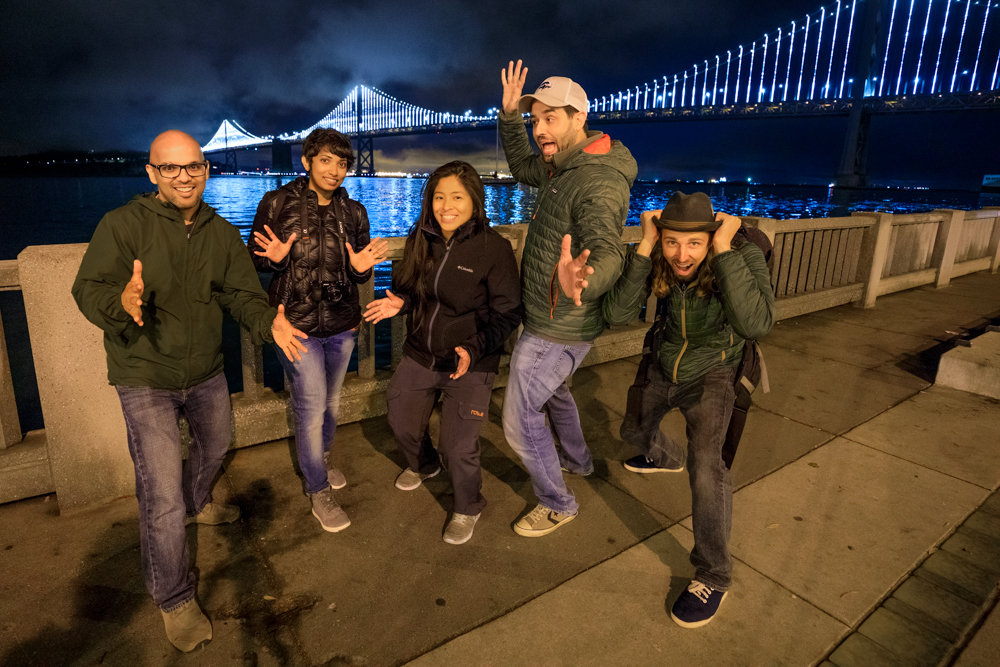 August can be a very busy time in San Francisco, but the patient photographer can avoid these crowds if they wait until the sun goes down. Although the bay area is cursed with cool breezes at night the rewards of after-hours photography in the city far outweigh the cold. Aron and I met up with a small group of photographers in Mill Valley who were ready to take on the city by night. As usual, we introduced ourselves and then proceeded to learn about our students. Once we finished our orientation it was time to get to business. The first stop was Battery Godfrey in hope of catching a sunset through the fog. Unfortunately, the fog was not on our side this time but we did get some nice shots of the bridge anyway.

Once we realized the sunset was going to be a bust we headed to the Palace of Fine Arts to shoot the beautiful Greek inspired architecture from inside of the building. We then headed to the front side to shoot the blue hour light across the pond. This is my personal favorite time to shoot at this location. Eventually, the blue hour gave way to nighttime and we fired off a few more shots so people could see how different types of light will affect a scene. 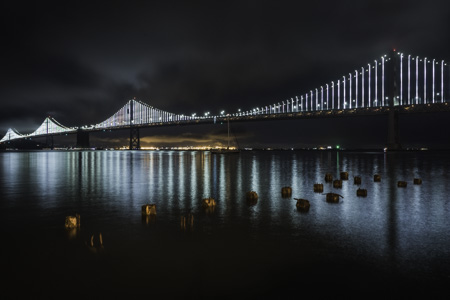 The third destination of the night was the famous Lombard street. First, the group gathered at the top the hill to shoot taillight streaks from the cars driving down the crooked street. Students tried out a few different compositions as the cars continued to weave their way down the hill. After thirty minutes or so, the group headed down the hill to shoot the headlights coming down. While shooting upwards we had an unsuspected surprise. A group of motorcycles drove up Lombard in the wrong direction and then proceeded to drive back down. The occasion made for some interesting shots, to say the least.

As time passed we moved on to Embarcadero Street for the beautiful Bay Bridge lights. The Bay Bridge is the largest LED art installation in the world and it surely is a treat to see and photograph at night. Once we arrive the group quickly went to work at capturing the magnificent bridge. Before we knew it the night had gotten away from us and it was time to wrap up the workshop. Aron and I drove the group back to where we had met and said our goodbyes.

Mike, Aron, and the rest of the Aperture Academy Team