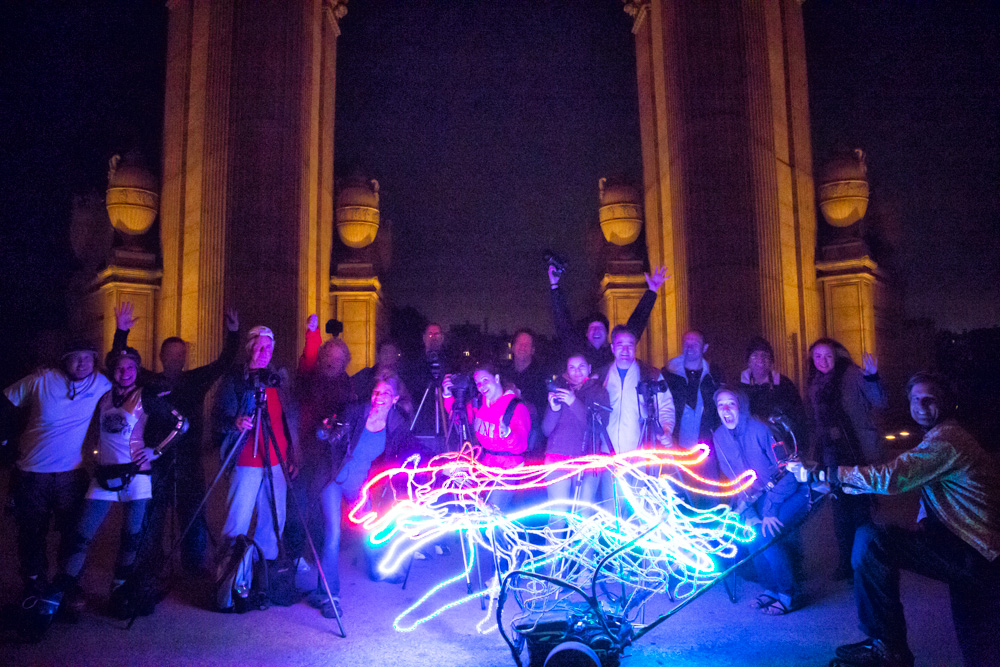 Night Owls is the perfect name for this workshop, as we swiftly move through San Francisco, capturing the lights of the night. There is always the question of whether or not the weather is going to cooperate for our photographic needs, but on this Friday night, the fog hovered just above the lights, giving us clear, clean shots all night. Aperture Academy Instructors Alicia Telfer and Jean Day met 13 eager photographers from all experience levels at Baker Beach, kick starting last night’s adventure and as we headed out towards the bridge, the sun was setting creating a beautiful glow in the sky. Taking pictures at night requires sturdy tripods and still cameras, giving us the ability to shoot the highest quality images, by using a very low ISO setting. Even though the shutter stays open for well over one second, everyone’s images were sharp! (If we remember to turn off our image stabilization of course ; ) 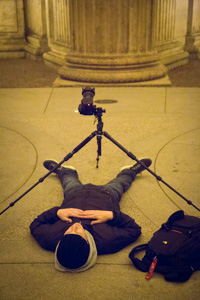 We headed back to the lower parking lot, and piled in to ApCab, to shoot the Palace of Fine Arts during blue hour. The warm colors of the structure compliment the blue toned sky, and as the night grew darker and our shutter speeds grew longer, more fantastic photographs were showing up on the LCDs of everyone’s cameras! We made out way under the rotunda where we had the students focus on detailed shots of the columns and statues of the Palace. I had mentioned to the group earlier in the evening that there was a possibility we would run in to the midnight rollers which s a group of roller skaters that like us, tour the city with music, lights and fun! Just as we were finishing up our final shots, one... two.. then 20 skaters showed up. I figured what a fun opportunity to take our infamous group shot, and I asked one of the participants to join us in our shot! He had made an LED dog that looked like it was running with the skaters and it lit up our shot perfectly. 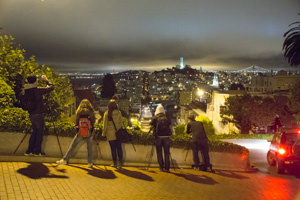 Lombard street was our next stop and my personal favorite. Jean and I split up the group and while half of us stayed up top, the other half headed to the first of eight hair pin turns in the most crooked street in the city! As the cars came down the street, I made sure everyones shutter speeds were at least 15-20 seconds long, and the tail lights literally painted the curvy road. With the correct angle, the shot could include Coit Tower & the Bay Bridge int he back ground, with luminous red ribbon looking effect in the foreground! After switching spots, the student shooting at the lower location were getting waves of headlights in the their shots, and depending on the color of the head lights, they would appear blue or yellow in color. This workshop is perfect to open your eyes to the truly different colors of lights! 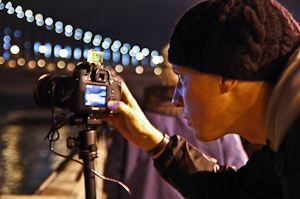 After stopping for a snack and a warm up drink, : ) We made it to the last stop with the longest exposures. On the Bay Bridge, The Bay Lights light sculpture is running, and it supposed to be up through 2015, but with vibrations from the traveling cars caused some of the LEDs to burn out; I thought it looked pretty neat! It certainly allowed for each student to get a unique shot! Jean and I explained the use of the kelvin scale to control the white balance in each shot! For a cooler, blue-ish toned image a lower number on the scale, around 2500 & for a warmer image, with more red tones, a higher kelvin number was necessary. As the night was wrapping up, memory cards filled up and we made our way back to drop off the happy, but tired group of photographers. I always encourage the students in my group to send me their favorite images from the workshop, and I hope you guys do! Until next time, thanks for shooting with us!

On behalf of Jean, Alicia and the Aperture Academy team, we thank you for a another great workshop!