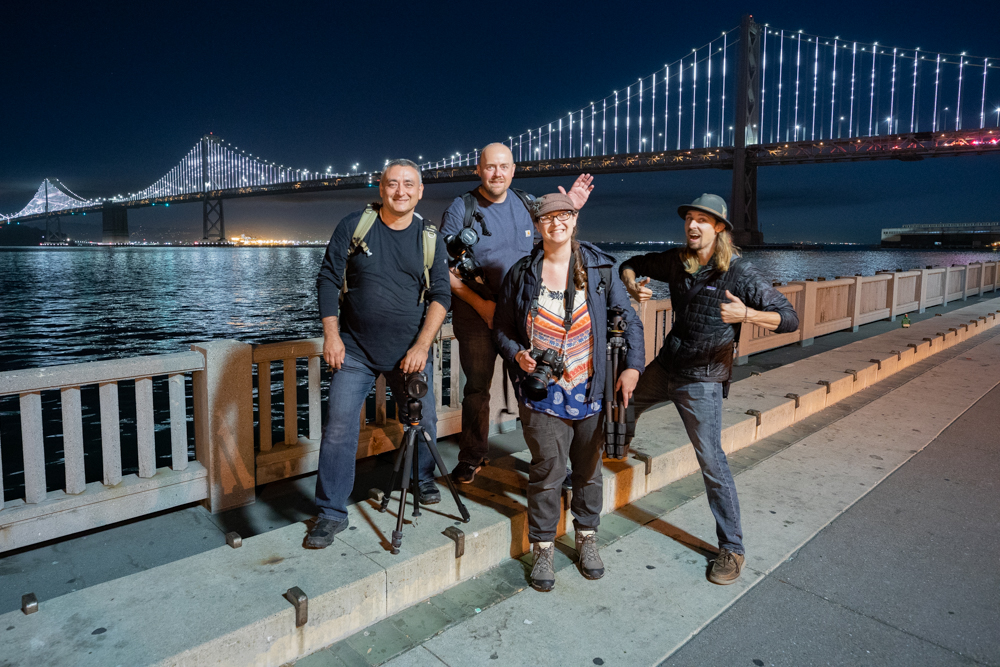 The nighttime is the right time... At least that’s what we think at Aperture Academy. What better way to spend a Friday night than capturing the city lights of San Francisco? The night owls workshop is a great workshop for anyone interested in city lights and architecture.

The first stop of the trip was The Palace of Fine Arts. This building also happens to be my favorite building in the entire city of San Francisco. As the light of day faded, the sky lit up with a beautiful purple hue which made for a very pleasing scene when the Palace lights came on.

The next stop on the list was Lombard street. The famous SF location is filled with tourist by day, but by night most of them have gone back to their hotels and we had most of the street to ourselves. First, we lined up down the street and shot streaks of car headlights as they came winding down the street. We then moved up higher to shoot a few taillight shots as well.

After Lombard, we headed over to one of the greatest spectacles in the Bay Area. The Bay Bridge is the largest LED art installation in the world! When we pulled up, we noticed that a car was completely engulphed in flames on the lower deck of the bridge. Of course, we took the opportunity to document the moment. The smoke from the blaze made for a nice element that isn’t normally in the shot.

Once everyone had their fill of the Bay Bridge, we headed back over the Golden Gate to Fort Baker. There we shot the Golden Gate bridge from the lower side. The full moon and calm water made for some incredible reflections. After getting some great shots and saying hello to a coyote we packed up our gear and headed back to Mill Valley where the workshop had begun. Tired from a great night of shooting, we parted ways into the night.