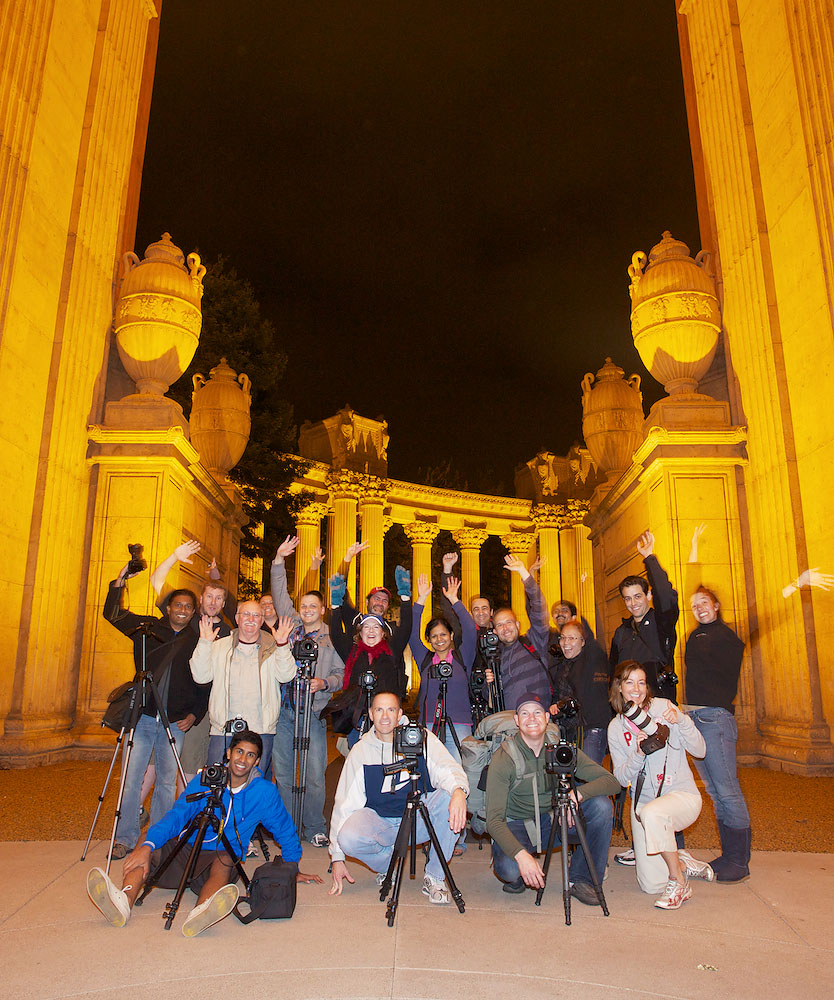 San Francisco is one of the most photographic cities in the world...filled with world famous locations, panoramic vistas and colorful landscapes. But at night, a new world emerges and so many unique photo opportunities emerge. And that's just what we set out to do on this Night Owl Workshop at the Aperture Academy.

The group met at Baker Beach to sky full of high whispy clouds and great light on the Golden Gate Bridge. After getting to know one another during orientation, we set out for the beach to capture the late day light. 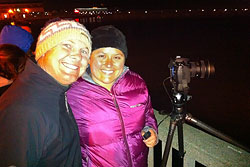 Insturtors Stephen, Alicia and Ellie worked with students in manual mode to find the best combinations of aperture and shutter speed to capture the perfect exposures. We also worked on compositions and timed our images to the ocean surft enhance those compositions to create leading lines and work with the rule of thirds.

As the sun began to set it was time to load up into the van and head to our next location to start the night -- the Palace of Fine Arts. This place is fantastic and we arrived during the "blue hour", that first hour after sunset. We spent the first half hour capturing reflections of the palace in the pond and working with white balance to capture just the right colors. We then headed inside the palace working with the extreme angles and detail in the ceiling. 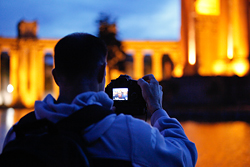 Next stop, Lombard! The crookest street in the world is one of the best places for creative, long exposure night photography. We found some great places to get low to the street and capture the car lights as they weave their way down the hillside. While we waited for cars we used flashlights to do some light painting and help illustrate just how much fun night photography can be. 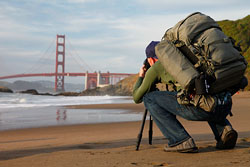 With a quick break in the city for a cup of coffee and a bathroom break we headed to the Embarcaderro -- next stop, the Bay Bridge. You can't deny this is one of the most photographic places in the city, second only to the Golden Gate Bridge. We spend the next hour, which went by really fast, capturing the beauty of the Bay Bridge and used some old pylons in the foreground to enhance the color of the scene and strengthen our compositions. The night sky still contained high whispy clouds which, during our 1-2 minute long exposures, streaked across the sky really adding some nice effect to our final images.

With cameras full of great images and a lot of new lessons and ideas learned, we headed back to Baker Beach to conclude our night photography shoot.

Until next time...Stephen, Alicia, Ellie and the rest of the Aperture Academy team!