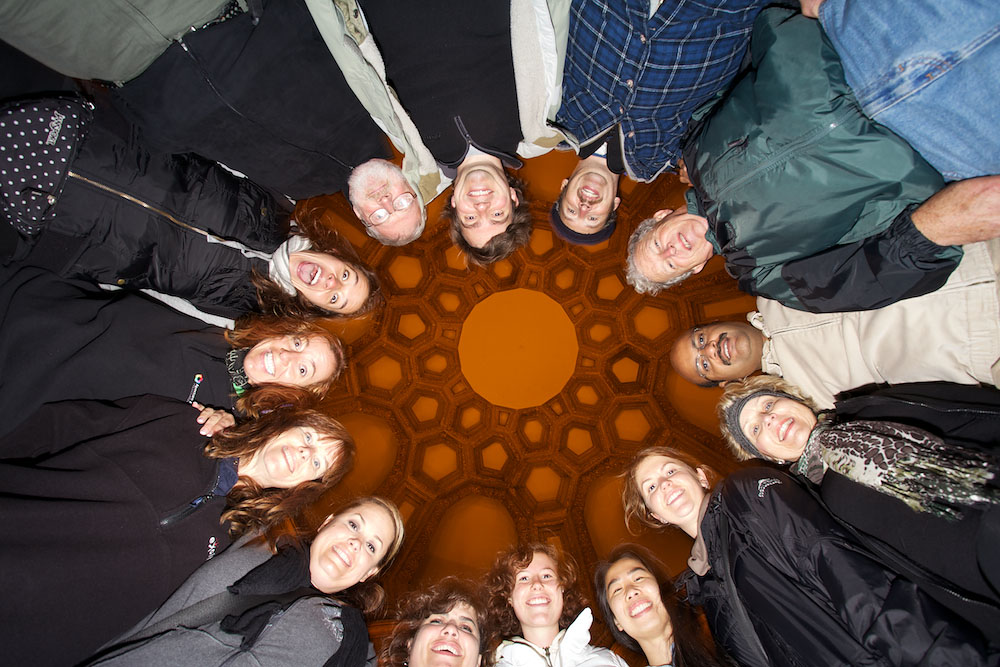 The Night Owls workshop is the perfect class to help new photographers learn about their cameras, and more distinguished photographers to add a new skill set to their list of tricks! This Summer night in San Francisco was foggy, but not too cold. As the group of students collected at Baker Beach for orientation and “sunset” we gathered ‘roud the faux ApCab and started orientation. The perfect combination of people; half Nikon shooters, half Canon shooters, a couple returnees, a few locals, instructors Ellie Stone and Alicia Telfer!

Excited to shoot and hit all of the great locations a night in SF has to offer, we piled in and set off to the Palace of Fine Arts, just in time to capture the blue hour after sunset. The PoFA is an amazing place with detailed architecture that you can miss in a blink! The warm tones of the well-lit palace compliment the sky after sun set in such a way that any image will be mind blowing just from the colors alone!! There are many vantage points that we introduce to everyone, sharing multiple compositions for different choices for everyone’s post-production. We made our way in to the center of the palace for the final 20 minutes of shooting and a group shot including the ceiling inside!!! 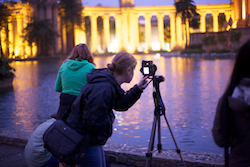 We stopped to cure our chill, gave everyone enough time for a bathroom break, and then headed to the MOST CROOKED STREET IN THE WORLD! Lombard Street, were the Aperture Academy group posts up at the one-block section that consisted of 8 hair-pin turns! When the group arrived at the top of the street, everyone was relieved to see that the fog did not settle in to our view! Ellie and Alicia split the group up- the Nikon users headed down to the bottom to practice long exposures of headlights and capture a better view of Coit tower, while the Canon users stayed up top and practiced extended exposures with tailed lights and light painting! 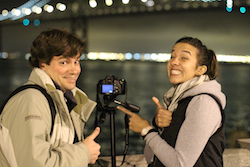 After Lombard Street, we made out way to the most popular stop on our agenda- Embarcadero Street right at the base of the Bay Bridge! During the night, the Embarcadero has few people walking around, allowing the students to spread out and focus on their compositions. The instructors reminded the group of tricks they had given them through out the night, and everyone’s images were coming out beautiful! Everyone was excited to be taking photographs while determining proper exposures, checking white balance, combining the uses of shutter speeds and apertures while creating a winning image!

With everyone’s minds and CF cards full of ideas and images, a group of new friends and better photographers headed back to Baker Beach to make the trek home in our warm cars!

Until next time...Aicia, Ellie and the rest of the Aperture Academy team!