The Rolling Americana of Palouse Photography Workshop | May 22nd, 2019

The Rolling Americana of Palouse Photography Workshop - May 22nd, 2019 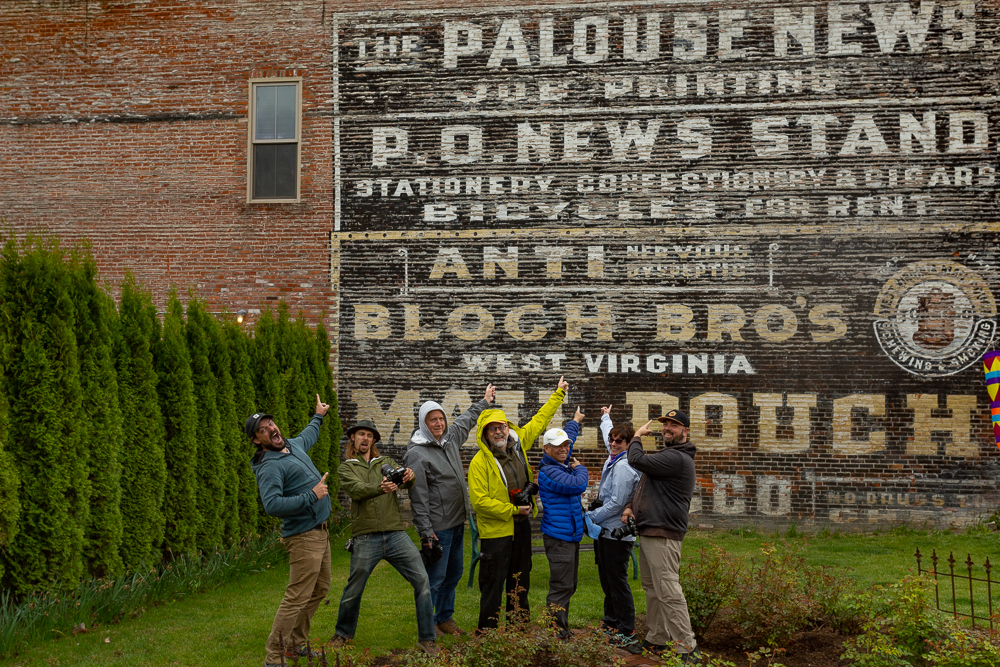 Cityfolk don't get the time to casually run about farmland in their spare time. I think if you were to ask most folks if they thought farmland was picturesque, you'd get a resounding "eh." But what if I told you that there was a place where farmland spanned as far as the eye could see, and it was nigh on impossible to take a bad photo? You'd say "where?" am I right? Well as luck would have it, there is such a place. Far off in the eastern corner of Washington, there lies an area where rolling hills are abound and they're covered in green for most of the year. Its called the Palouse, and its a photographers dream. Every year around early summer, the time is perfect to catch this area at its peak. And the Aperture Academy, with myself (Scott Donschikowski) and Mike Wardynski as guides, led a group across the rolling hills in search of the perfect images to capture the spirit of this beautiful farmland countryside.

This workshop runs a little differently than most landscape photo-workshops, in that there's so much to see in such a small area - and when the light is good - we run-and-gun shooting as much as we can taking advantage of the fleeting light. We met up with everyone in Colfax, Washington, the unofficial seat of Palouse country. Its nearly smack-dab in the middle of everything so it makes a great base, despite being a small town with little amenities. After Mike and met our group and gave a run-down of the workshop, we let everyone get some rest in because sunrise comes early this time of year. And we would be out to take advantage of every one of them. 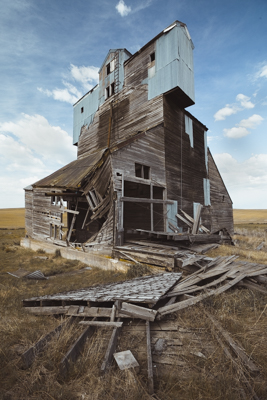 On our first day we headed up to Steptoe Butte for our morning sunrise. The sky was nearly cloud-filled every which way, but for a brief moment after setting up and waiting, we got a little color in the sky as a welcome greeting to the area. After playing around with compositions up on the butte, we headed back to the hotel for breakfast, before heading out again to Palouse Falls. Due to the inherent risks of falling, and some unfortunate deaths in recent years, the Washington State Parks service had temporarily closed much of the bluffs above the falls, including where most photographers (us included) like to shoot from. So we decided to take advantage of the cloud cover to be able to at least shoot the waterfall in even light. On our way back we stopped at an old school bus turned art project and shot that for a while as the clouds cleared a little providing us with some drama. But the real show happened after our lunch break. For three hours straight we drove around stopping at various places while the clouds performed their magic above, providing us with the perfect backdrop for all of our photos. Nearing sunset, we went back up to Steptoe Butte and worked the landscape with our telephoto lenses before getting awesome light on the horizon after the sun went down.

Our second day started much the same, we woke up before the crack of dawn, made our way up to the butte, and waited for the magic. It came as wash of orange and red over the horizon, and couldn't have been more perfectly placed for our vantage point. We once again put on our telephotos and worked the far-off hills, finding compositions among the landscape, before setting our sights on breakfast and a quick nap. Big puffy clouds once again provided us with the perfect backdrop and again for several hours, we traversed the countryside shootin' and scootin' until we broke for lunch. Today could not have been better, as the cloud-gods must've been happy cause after lunch we explored the southern end of the Palouse region and every which way we decided to stop and shoot, we had the perfect conditions. But weather is a fickle mistress, and even though all the signs in the universe pointed to us having an awesome sunset at an old derelict homestead, (right up until sunset it was rippin') the proverbial plug was pulled, and the light disappeared. But its all gravy, we got a chance to talk to the owners of the homestead and got a little history lesson about their family's time in the area. Now normally we try not to shoot sunrise three days in a row, its tough getting up that early over and over, but the weather report looked promising, so we took a chance that something amazing might happen. Call it FOMO (Fear Of Missing Out). 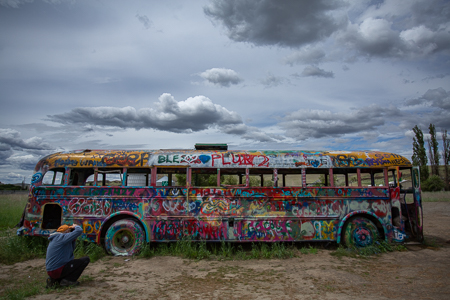 Day three and sunrise did produce something interesting on the horizon, rain quickly overcame the good vibes and we headed back for rest and food. With the cloud cover pretty thick now, we concentrated our efforts on photographing things where the sky wasn't the main attraction. An old abandoned town now a county park, a grove of trees, signs and doors in the town of Palouse, things like that. It all cant be sunshine and roses, you gotta pay your dues, and we were paying ours for the successes of the previous days. And with proper knowledge of the area, there are places to shoot in nearly every condition. After lunch, we had a two hour post-processing session, followed by a drive into Idaho where we photographed an old church, and as sunset was getting real close, we found a suitable site in time to setup before the sun went down. The clouds were really trying to light up, you could tell on the opposite horizon, but they were just too thick where the sun went down, so we never got that "magic" color. But our group was ecstatic that we were able to photograph so many things in such a short span, and those first two days more than made up for the last! What a trip, and what an awesome group!