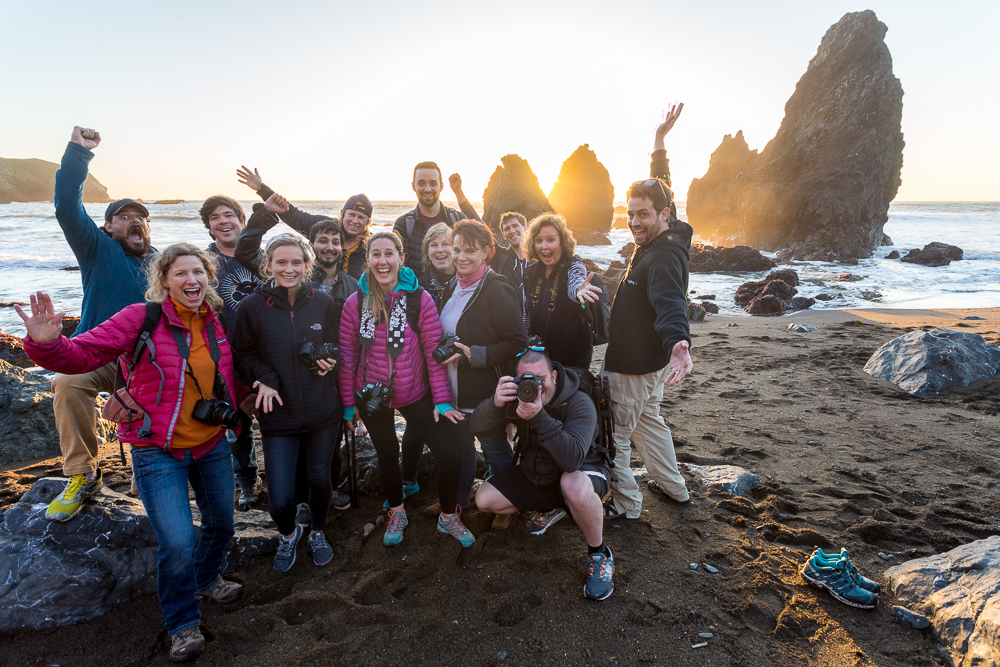 On this particular Saturday, a group of 12 eager photographers joined Scott Donschikowski and I for a full day of photography in the Marin Headlands and some of the more secluded areas around the Golden Gate Bridge. 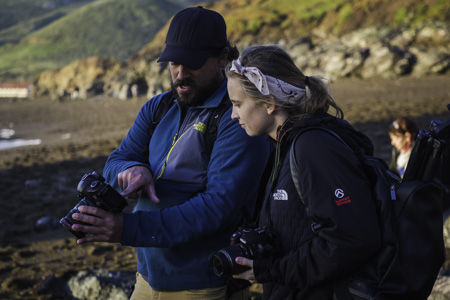 While it is fun to work with the class on the basics, the real fun of photography is exploring it on your own. We turned class loose, with a few ideas of cool places to explore along the cliffs that overlook Marshall’s Beach. Finding compositions that showed the golden gate bridge from different angles and different foreground subjects as some folks started to shoot the recently blooming flowers.

After working our way around Battery Godfrey, we all jumped back into ApVan and headed down towards the harbor for a stop at Torpedo Wharf for a water level view of Golden Gate Bridge. Some folks took the time to shoot panoramic photos of the Bridge while other shot the classic San Francisco city skyline and others focused on the local birds and harbor seals who were kind enough to showcase their fishing talents.

At this point, it was time to head to Sausalito for an early dinner. While at dinner students asked questions, shared stories and hopefully got to make some new friends. 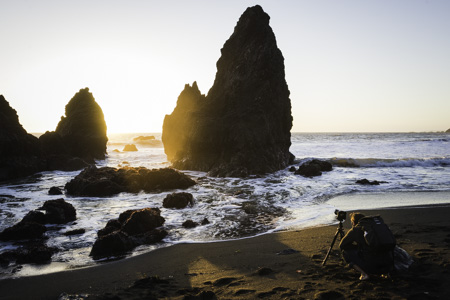 After our meal break, we headed through the Marin Headlands. The main goal; Rodeo Beach. The tide was out, which meant we were able to head all the way out to the sea stacks and with the recent winter storms there are all sorts of new foreground rocks. Here we brought out the neutral density and graduated filters; showing everyone how to get those long silky exposures and how to use water movement to create long leading lines to the seastacks in their photos.

Even though we had already photographed the Golden Gate Bridge, there is nothing quite like seeing "Goldie" shine in the night. So we left Rodeo Beach and headed back up through the Headlands over to Fort Baker to get a little taste of night shooting. This gave the group a chance to work with longer exposures required of night photography.

At Fort Baker we have the added benefit of being able to shoot from the Moore Rd Pier giving everyone a wonderful view of the Golden Gate Bridge from the water while not having to get into the cold harbor water. As the group grabbed their gear bags and tripods from ApVan, we continued discussing long exposure photography, reminding everyone to make sure their tripods were on stable ground to prevent movement and blurring of their photos and using a balance of shutter speed and iso to set up their compositional shots before shooting their longer higher quality "keeper" photos. As sounds of shutters clicked, they were almost immediately followed with voices of "ohh, that’s beautiful."

Aron, Scott and the rest of the Aperture Academy Team