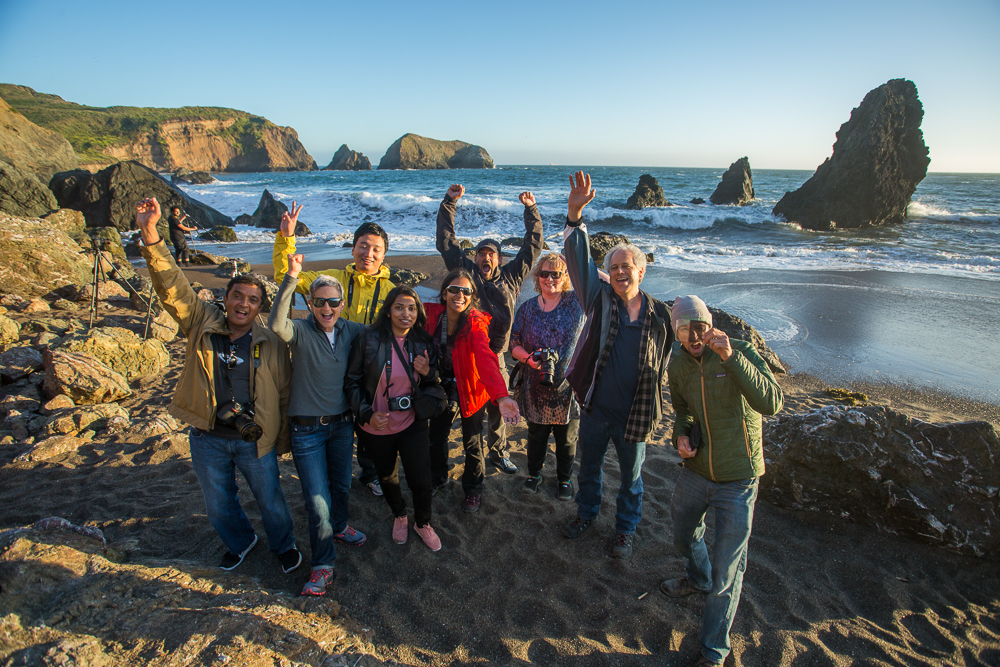 The sun was shining, birds were chirping, and the coffee was kicking in. It’s no coincidence that Aperture Academy’s orientation location for the Marin Headlands workshop happens to be right next to a coffee shop. After all, coffee is one of the most essential parts of photography. (just don’t drink to much!)

Once all of our students had arrived Scott and I began the orientation. We introduced ourselves and then learned about the group. After going over the itinerary, we piled into the “Ap Cab” and made our way across the Golden Gate Bridge. Our first stop was Battery Godfrey on the south side of the bridge. The location offers a couple of excellent vistas looking towards the bridge and Marin Headlands. Scott and I gave the group a breakdown on exposure and made sure that everyone was comfortable shooting in manual mode. Sometimes students are a little hesitant to shoot in manual but it’s amazing to see people grow within a single workshop. 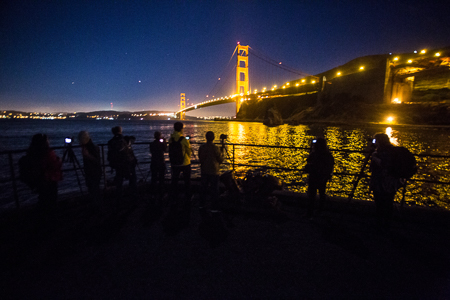 The second stop of the day way Hawk Hill for a different perspective of the Golden Gate. Hawk hill is a 923-foot-high peak overlooking the San Francisco Bay. This vantage point is one of the most spectacular views in the entire bay area. After a little bit of shooting we took the group to Sausalito for a quick dinner break before we headed to Rodeo Beach for sunset. After a short walk on the sandy beach we arrived at a beautiful set of sea stacks. We showed up at high tide which made for beautiful long exposures as the surf made its way back to the ocean. Once the sun had set, we piled back into the van for one more location.

The last stop on the list was Fort Baker. Fort Baker was a military outpost established in 1850 and was active until the year 2000. This location has a unique perspective of the Golden Gate since it is located below it. The group set up their tripods and began to practice a little bit of nighttime photography. Once the group captured their shots it was time to head back to Marin City to conclude the workshop and say our goodbyes.