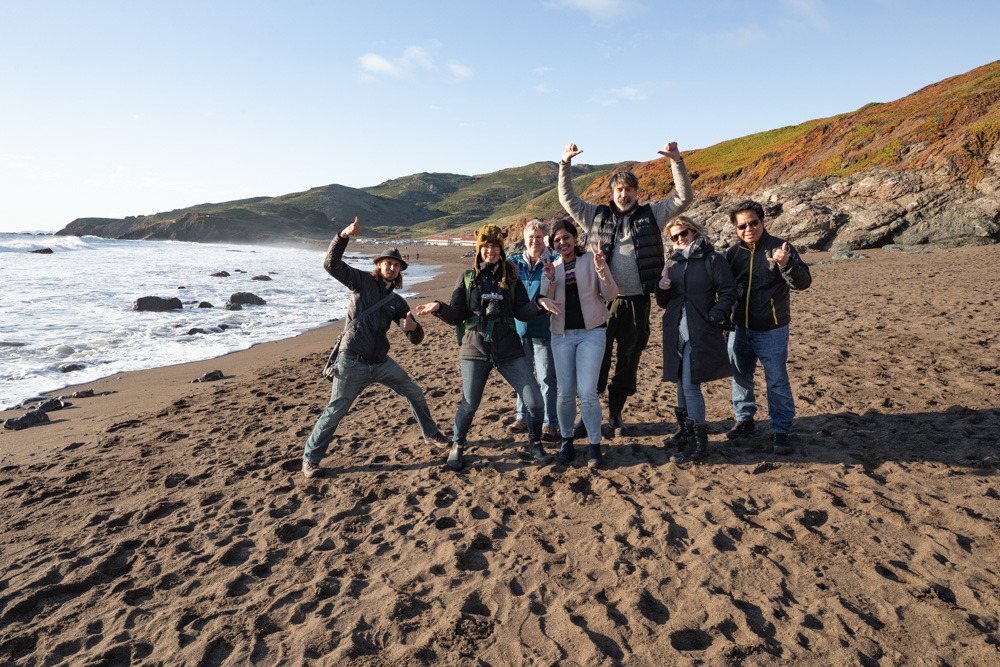 There's no doubt that the San Francisco bay is one of the most beautiful metropolitan areas in the world. From the Golden Gate Bridge to the city skyline, San Francisco is an incredible place to photograph. After meeting with a small group of photographers in Sausalito, we headed across the Golden Gate Bridge to Battery Godfrey. There I gave a crash course on photography for those who needed it and before long shutters started to click. We started off shooting with longer lenses and then switched to wide lenses because there were some interesting puddles from the rain that we had received earlier that morning. Continuing on, we shot the Golden Gate with long lenses once more while framing it between two cypress trees.

After the group had nailed their shots at Battery Godfrey, we made our way down to Fort Point to photograph the Golden Gate Bridge from below. It's amazing how different the bridge looks from every angle. Some folks shot it wide while others tossed on their telephoto lenses to isolate the towers. Either way, you can't go wrong at this location.

As time slipped by it was time to head out to our sunset shoot at Rodeo Beach. This beach is one of the best beaches in the Bay Area! At this point in the workshop people were starting to feel a little more comfortable with their gear and beginning to experiment with the ever changing surf. Some people even took off their shoes to get their feet wet in oceanside photography. As the sun began to set, people were able to slow down their shutters to create silky lines from the flowing waves.

As the sun continued to sink below the horizon we headed to our last stop of the night. The Marin Headlands offers the most iconic views of the Golden Gate Bridge with San Francisco as the backdrop. By this point in the evening the group had to fire off 30 second exposures in order to get a proper exposure. After trying out a few different settings and compositions it was time to call it a night. We headed back to Sausalito, said our goodbyes, and parted our separate ways.