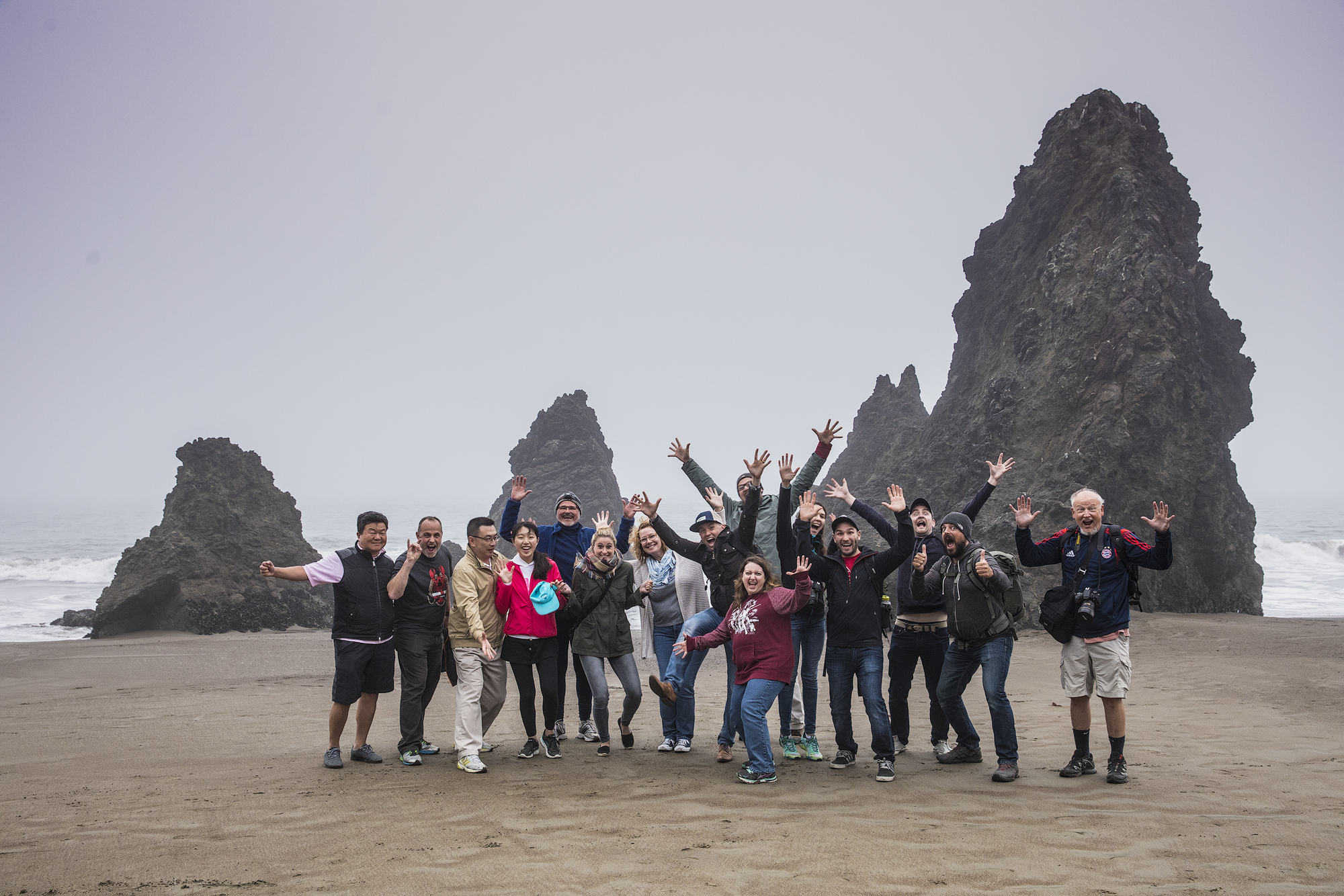 Before I met Karl personally... I had heard about him. He can really make photography a challenge... when I finally realized it was the name given to the SF fog, and not some photographic bully that wandered the Marin Headlands everything made more sense.

We’ve had pretty amicable relations with Karl over the years... he does show up from time to time, and we work with him as best we can. This past weekend Karl decided to really come “hang out” with us...

Scott Donschikowki and I met our group of 12 eager photographers in Sausalito for a day of dancing with Karl. Our first stop of the day was Battery Godfrey. Here we have a great view looking right up the Golden Gate Bridge. This is also a great starting point for Scott and me to help the group get acclimated with shooting in manual mode, and how their camera works. Everyone comes into this course with a different experience level... so Scott and I take our time to make sure everyone is learning what he or she needs to be successful. There are a few different vantage points of the bridge from this area, and we really enjoyed watching the class spread out and try to find their own unique take on this. 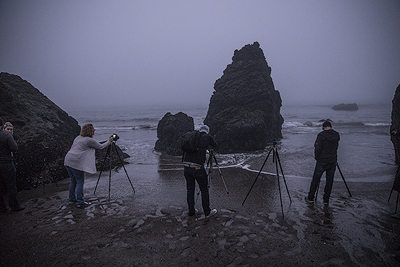 The next spot usually would be somewhere on the headlands around Battery Spencer... however, Karl decided he’d rather obscure all the bridge from any vantage point so we punted and went to our foggy standby... Fort Baker. For whatever reason, if Karl is really serious about obscuring the bridge, he can’t hold on past Fort Baker... so we can often get shots of the north tower from the fishing pier here. Lucky for us, this held up, and we were able to get some great shots of the fog breaking around the tower. We encouraged those with solid ND filters to use those to get some longer exposures of the fog rolling over the bridge... those shots were really cool.

From here it was time for a break. We enjoyed a quick meal in Sausalito before we headed out to Rodeo Beach for sunset. The was no sun visible to watch setting, but the moody fog made for the potential for some nice black and white images... Scott and I had the group move close to the sea stacks at the edge of the surf, and work to get longer exposures of the tide as it ebbed and flowed around the rocks.

We stayed here as long as we could to give the fog time to back off the bridge, if it was going to happen. Sometimes after the sun has set, and the temperatures cooled, Karl will release his death grip on the bridge. Tonight, he had no such intentions, and the chance of getting a twilight image of the bridge was impossible. We still saw a lot of cool stuff, learned a lot, and made the most of our outing with Karl the Fog.