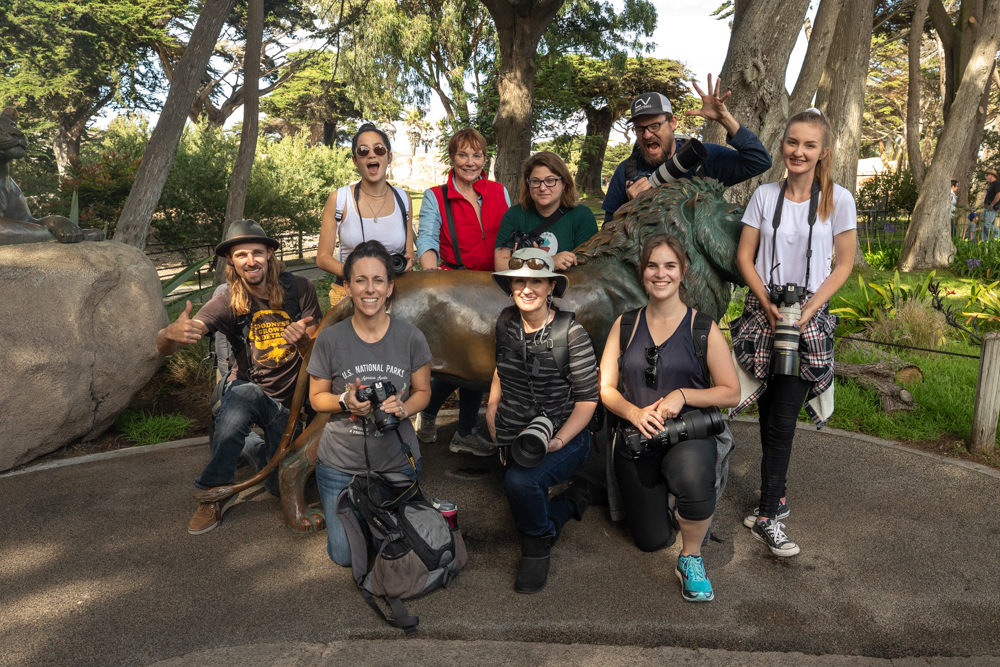 I don’t know how many times I’ve seen it, but it seems so many people go to these amazing wildlife based adventures or vacations, and then return with images they aren’t happy with. I hear the same comments too, “I saw a lot of great things, but I’m not sure I got too many images I’m happy with.”

This is common…though the settings and knowledge to get good images is fairly simple, often people get so excited by what they’re seeing with their camera that they get overwhelmed, and frustrated with the camera and that leads to missed opportunities. We designed our SF Zoo with the goal of helping folks looking to get more out of their wildlife photos. A little instruction and a lot of practice will help people so that when they get into the right spots, they’re a little less overwhelmed.

Fast shutter speeds are the key to good wildlife photos…and we try to make that process a little easier by having folks change their ISO to Auto…this way they can pick an aperture with a shallow depth of field, and then pick a shutter speed fast enough for them to handhold and capture the subject (usually 1/500 or higher) and the ISO will be selected by the camera so that it keeps those settings.

The zoo is awesome for subject matter as well. We started with the bears. Our goal was the Grizzly enclosure, but another “bear” made itself’ known, and took us for a detour. The Koala was out and active…which is very rare. These little fluff balls spend 20-22 hours a day sleeping (which makes sense given their diet is a tree with low nutritional value) This little guy was active and eyes open ready for his close up! He even MOVED from one tree to another…in the 10 years I’ve been doing zoo workshops, I’ve never seen him move like this.

We eventually made it to the Grizzly Bears, and they were moving around nice and close to our cameras and lots of great images were captured. As we moved towards the big cat enclosure, we heard the news that the baby snow leopard cubs were out and active…so that’s where we set up. The pen where these guys are set up isn‘t the greatest for shooting due to the mesh, but we maneuver as best we can’t and folks still got some nice shots of these adorable new members of the zoo. 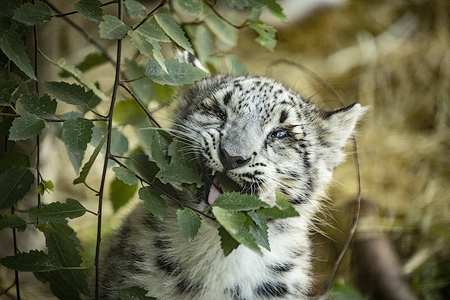 The rest of our afternoon was spent photographing a variety of different creatures, great and small; Lemurs, Flamingos, Giraffe, Lions, and more. It feels like we traveled around the whole globe! The zoo is awesome because there are different lighting situations as we move from inside to outside enclosures. There are animals and birds all with different coloration and textures that need slight adjustments to the settings (We like to encourage folks to switch to Aperture Priority mode to add some exposure compensation then switch it back to manual to keep your original Aperture and Shutter Speed) Everyone seemed to be clicking in high gear by the end, and we saw some great images on the backs of the cameras.

Practice is key to this kind of shooting…and there was ample time for that today…we had some great wildlife moments with the lions, and the leopards throughout the day, and had a few good laughs at the new baby Mandrill. A big part of wildlife photography is the volume of shots that one accumulates over the course of a day…and our photographers have a ton to sort through! We had a great day working with everyone, and hope that the process of capturing wildlife images has become a little less confusing.

Brian, Mike, and the rest of the Aperture Academy team