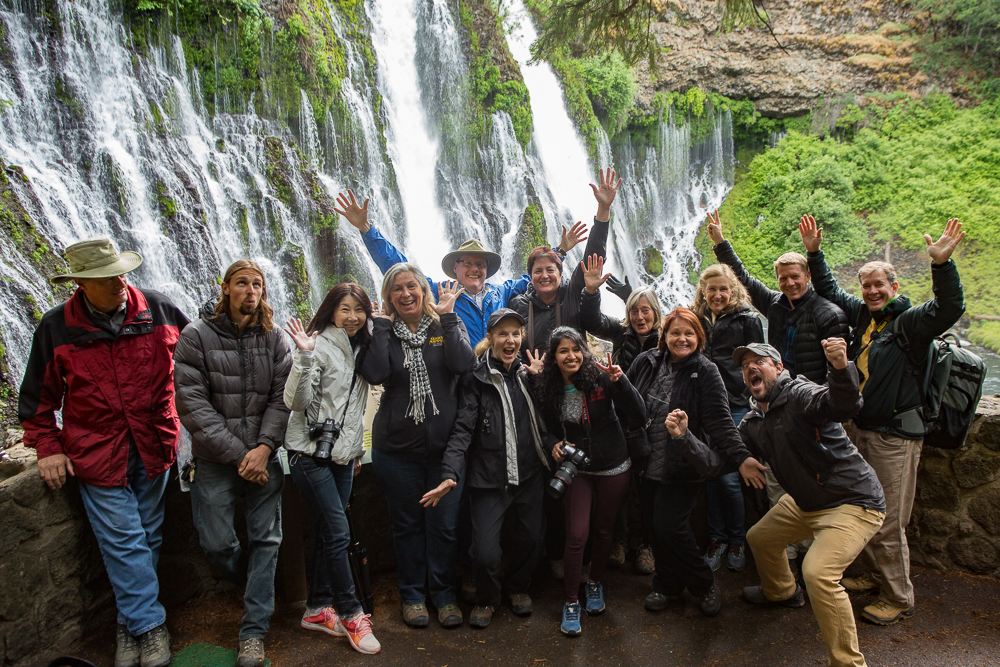 Up in the northern expanse of California, among the dense evergreen forests and volcanic arc of the Southern Cascades, lies a big mountain. A volcano to be exact. Mt Shasta is a beacon that dwarfs the surrounding countryside with a prominence of nearly 10,000 feet. It lies isolated from the nearby mountain ranges of the Trinity Alps and Southern Cascades. That makes the volcano a truly unique figure of the central skyline for hundreds of miles in every direction. Its 14,197 foot peak, soars above the landscape and provides the perfect subject for some classic imagery of the surrounding landscape. Mt Shasta has quickly become one of our most popular workshops at the Aperture Academy, and every year we take a full group to explore the areas secrets, and delve into its mystery.

Typically, we start every one of our workshops with a brief orientation that covers - at a high level - the things we will get to experience in the days ahead. When Mike and I looked at the revised weather reports, it was made clear to us, that best weather we might encounter for an awesome sunset would be on the very day - and at the very time - of our orientation. So we changed the plan, and called everyone in the workshop and told them to bring their cameras to orientation, which would take place on the way to shoot sunset! Everyone was eager to see what Mike and I had in store for them, and the weather did not disappoint. We made our way up to a viewpoint of Mt Shasta and Black Butte, and within minutes of arriving we were greeted with a glorious sunset, clouds brimming with pink and purple hues, the mountain and the butte looking as beautiful as ever, with the sky lighting up for miles beyond, it was an awesome way to start! 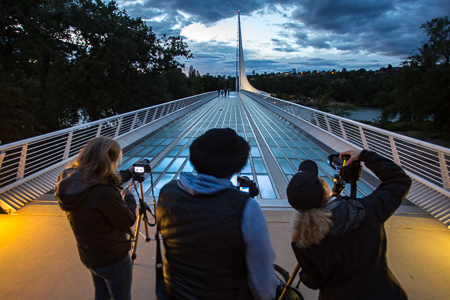 After that amazing sunset, we did have to inform our guests that we would be leaving at 4am for sunrise. In the summer months the days get longer, and I personally never get used to waking up so early for sunrise. We made our way about an hour north where we stopped at a lake to take in the sunrise. The lake waters are generally calmer in the morning and the reflection of Mt Shasta in the water below us was near pristine. The clouds around were moving at great speed, and partially blocked the sunrise colors, but we made do with their interesting shapes and reflections. From sunrise we headed out to the town of Little Shasta, where there sits an old church from the 1870's. The skies were rapidly changing and getting interesting now with all the cloud cover, so we worked the church and surrounding area before moving on once again to an old abandoned homestead. So much to shoot! Where do I begin? An old victorian mansion complete with creepy fence and hedge provided the most interesting subject as Mike and I helped our guests use their wide angle lenses to get some distortion in the scene. We moved around from the house, to a barn, to another little house, and skies got really nice and began to open up with blue skies. But after being out for nearly seven hours it was time to head back to town and take a midday break.

After break we rolled out to the north again, but the skies above had closed up and that weather that Mike and I had feared, began to show up. We stopped at a couple places to make the best of the interesting light show to the north, and then headed for another rather large barn with a Shasta view. By this time the mountain was completely under clouds, but we managed to get some great light on the barn and the surrounding area, we even tried our hand at doing some panoramic shots. As the skies got angrier, we decided to head back to town for dinner, but were stopped in our tracks by a massive double rainbow. We stopped the van and all got out to admire the amazing phenomenon on the hillsides in front of us. We weren't the only ones either, as many cars from I-5 got off as well and before long there was a literal shooting gallery aimed at the light show in front of us. As the rainbow receded into the pale sky, we all thanked the weather gods and headed back to the hotel for a meal and some sleep after a long day.

The rain in the forecast had subsided just enough for us to make our way out to McCloud falls unhindered. Although we did drive through a little flurry of snow! Snow in June? Crazy weather aside, the clouds were thick enough to let us spend hours taking in the beauty of McCloud falls. In drier years, the river below the middle falls is a smorgasbord of detritus that makes it a little difficult to shoot, especially when boulder hopping trying to exclude that dead tree, or this big rock. But this year, all the heavy rainfall California has experienced, had cleared the river beneath the falls of nearly all the obstructions. This made the shooting much easier and our group was able to cover more ground and get tons of different perspectives on the falls without much effort. We spent the better part of our morning shooting the falls from below and from the vantage point above, before the rains started to come. We headed back to Mt Shasta and took a midday break to allow for the skies to clear up a little. In the afternoon we grouped together and had a post processing session at the hotel for a couple of hours. 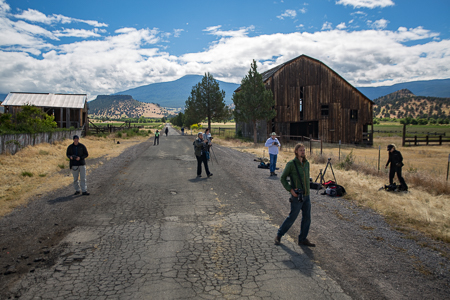 With the weather report improving, we headed out again, this time to Burney Falls, a towering 130 foot waterfall that sits in a giant amphitheater of its own creation. As we walked down to the falls, we stopped midway to take a customary group shot with the waterfall as a backdrop, then Mike and I let the group explore the area at the base of the falls for an hour. Burney is known as being a mist monster, and today wasn't any different, so we made sure to help folks with cleaning their lenses and trying to get shots while adjusting to changing wind. After more than hour, we hiked back up to the top and made our way west toward Redding where we would spend sunset on the Sacramento river. We arrived at our sunset shoot just as the sky was beginning to show some signs of life. The Sundial Bridge provided the perfect subject for this evenings shoot, as its modern white walkway across the river and giant spire beautifully broke up the trees and river scene. As the sun set, we didn't get nearly as much color as we had on the first day, but the bridge is also lit from all sides, so helped our guests to shoot from as many different angles as the light would allow. With twilight gone, and night getting ever closer, we packed up our kits, and made the drive back to Mt Shasta.

Thank you so much to our fabulous group!