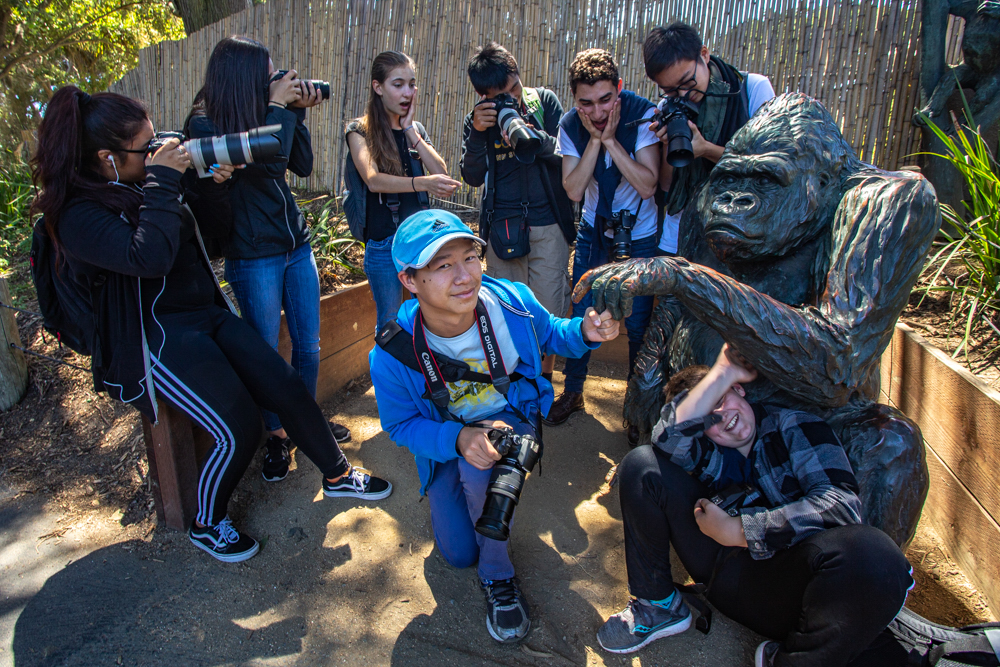 Summer is one of our favorite times of year at Aperture Academy. The sun is shining, birds are chirping and school is out. That could only mean one thing. It’s time for teen summer camp! That’s right, five full days of photographic adventures in the greater Bay Area.

On the first day of camp the students showed up one by one with their cameras in tow. Scott Donshikowski and I introduced ourselves to the group and ensured them that we would be way more fun than their teachers back in school. The first task of the day was to research a portrait photographer that they liked and to find a portrait that they would like to re-create. Once the students found their portraits we quickly got to work shooting each pose and mimicking the lighting setup. Once everyone had their photo taken, Scott and I showed them how to upload their images into Adobe Lightroom and put on some finishing touches. By the end of the day everyone had a professional portrait of themselves. 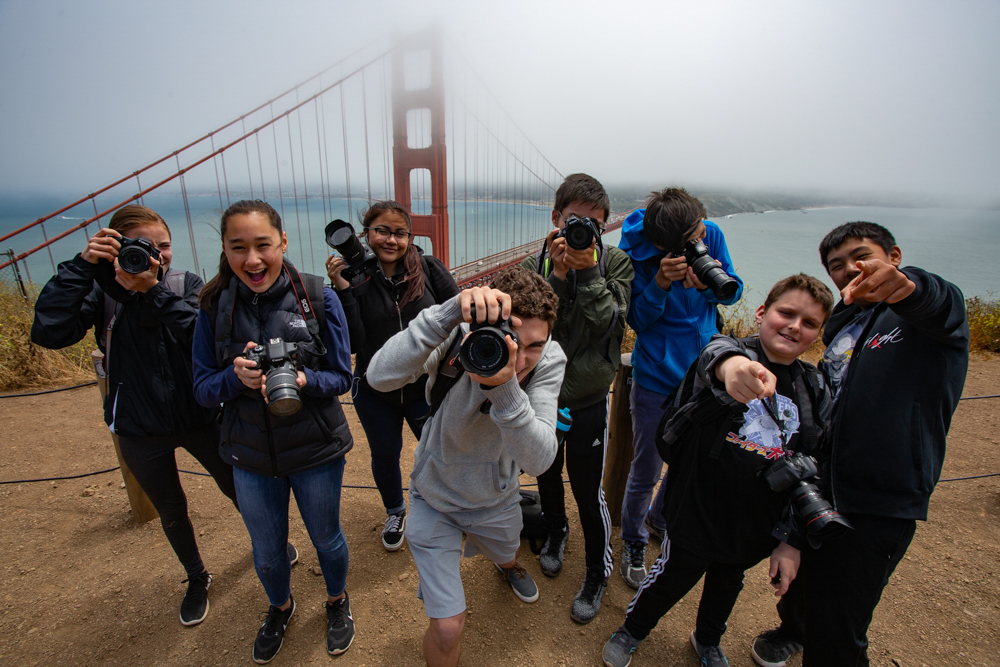 For the second day of camp, Scott and I took the group on a fieldtrip to the San Francisco Zoo. The zoo is always a hit with the kids, in fact it’s always a hit with Scott and I too. We love going there because it’s always a surprise to see what the animals are going to be up to. The first stop was the grizzly bear exhibit since we showed up at feeding time. The bears were active that day which is always a good way to start a day at the zoo. As the day progressed we made our way through the rainforest, saw the large cats, had a close encounter with a peacock, and took a trip through Africa. Before we knew it, the day had gotten away from us and it was time to head back to the gallery to upload our photos and do a little bit of post processing. 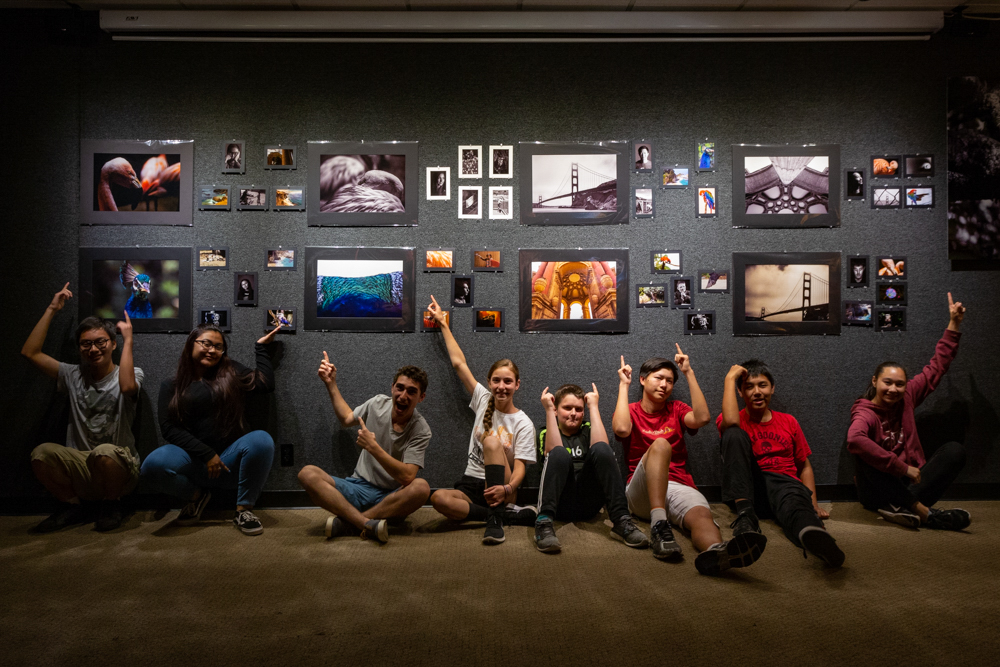 Wednesday was our second field-trip of the camp. This time we started off the at San Francisco’s Palace of Fine Arts. This is by far one of the most beautiful buildings in the city. The grand architecture resembles ancient Greece and is a perfect location for photographers. Scott and I guided the kids through the grounds making sure to point out interesting compositions along the way. When we entered the center piece of the palace the students had a unique opportunity to practice some street photography since there was a charismatic man playing accordion while feeding some pidgins. The group had a blast looking for compositions and honing in their skills. The second half of the day was spent in the in the Marin Headlands photographing the bay and Golden Gate Bridge.

For the last field-trip of summer camp Scott and I took the group to Big Sur to shoot some of our favorite landscapes. First up, was the unmistakable McWay Falls in Pfeiffer State Park. This fall is only one of two that flow into the Ocean in California. The kids worked the area while trying a few new techniques to make the falls look silky smooth. Around noon we took a quick burrito break and then headed to Bixby Bridge to continue our photographic journey. On our way north we stopped at Soberanes Cove which is one of the most iconic locations on the central coast. The students had a blast and soon it was time to head back so we could squeeze in a little bit of post processing time. 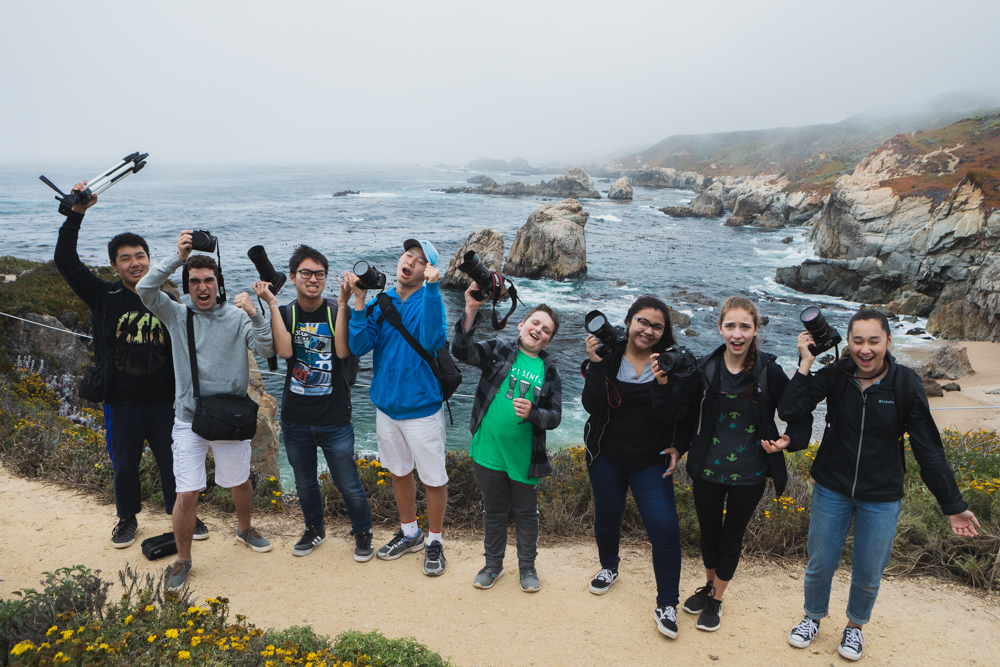 Friday is our favorite day at Aperture Academy and not just because the weekend is just around the corner. Friday also happens to be the day where we see all of our students’ hard work come to life. Each participant is in charge of picking their top five images from the week. This is often the hardest part for some people but with a little bit of coaching everyone gets their selection narrowed down. With all of their edits complete and a solid collection of photos, each student uploaded their shots to the cloud where they could be accessed for print. While the images were coming hot off the press, the kids broke into two teams for a photographic scavenger hunt that can get quite competitive as well as creative. By the end of the day each student had matted their prints and it was time to hang them on the gallery wall for their very first photographic exhibit! The parents mingled in the galley and once everyone had arrived we lifted the curtain to reveal all of the fantastic work that had been created during Aperture Academy’s 2018 Summer Camp.