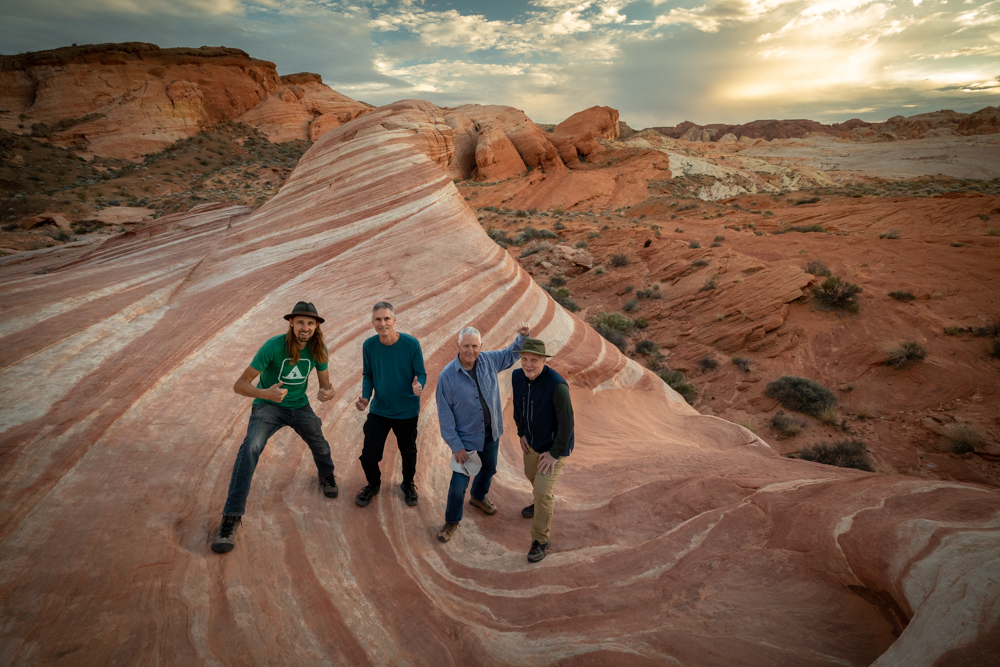 Just an hour east of Vegas, lies one of the most incredible displays of geology in the United States. Valley of Fire State Park is a photographers playground filled with candy colored hills of yellow, pink, red, white and purple. This park is truly a Nevada gem that always has something new to discover.

On a fine Tuesday evening instructor Mike Wardynski greeted a small group of photographer at the Hampton Inn in North Las Vegas. We took the time to get to know one another before I went over the itinerary for the following two days.

On the first day of the workshop we departed the hotel shortly before 5am in order to ensure that we would catch the early morning glow of sunrise. Once we made our way into the park we stopped at a rock known as Nike Rock. Here we worked on compositions using wide angle lenses. Once the sun had risen and the glow of morning had faded, we drove over to Windstone Arch. Here we photographed two small arches that have an incredible amount of detail inside of them. Once everyone in the group had had a chance to photograph each arch, we headed back over to Nike Rock to explore some other formations in the area. After everyone had their fill of shooting we headed back to our hotel for a midday break. 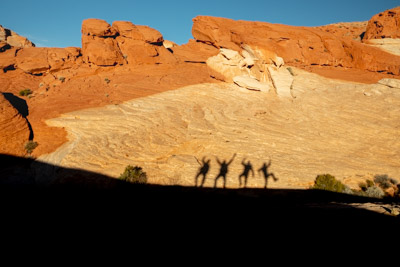 In the afternoon, we headed back to Valley of Fire did a short hike to the Fire Wave. This rock formation is a freak of nature simply put. Its mounded top swirls into a beautiful bowl of red and white sandstone striations. These striations make for perfect leading lines when using a wide angle lens. We waited for the sun to dip below the horizon before hiking back to the van.

After a full day of shooting we were rather hungry so some of the group went to Aperture Academy’s favorite taco joint “Tacos El Gordo”.

The following morning we woke up well before the crack of dawn to head back into the park. Due to some unforeseen circumstances the park had temporarily closed the road to where we normally shoot sunrise so we simply came up with a backup plan and shot a few rock formations near the entrance of the park. After the sun had risen the road throughout the park had reopened and we were able to continue with our regularly scheduled program. Here we shot a wild rock formation called Crazy Hill. After getting a few good shots, we continued on to Thunderstorm Arch for a few more compositions. Once the best light of the morning had fleeted, it was time for a quick break followed by some Lightroom and Photoshop post processing. 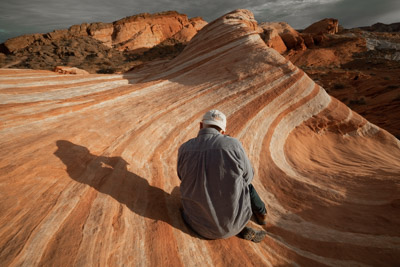 After post, it was time to take one last drive into Valley of Fire. Since there are so many different compositions near the Fire Wave, that is where we spent our second evening as well. When we arrived at the Fire Wave there were some beautiful clouds creating really dramatic light. The group used this opportunity to make some incredible photos of the Fire Wave and surrounding rocks. After sunset we headed back to the hotel to conclude another two days of fantastic photography.