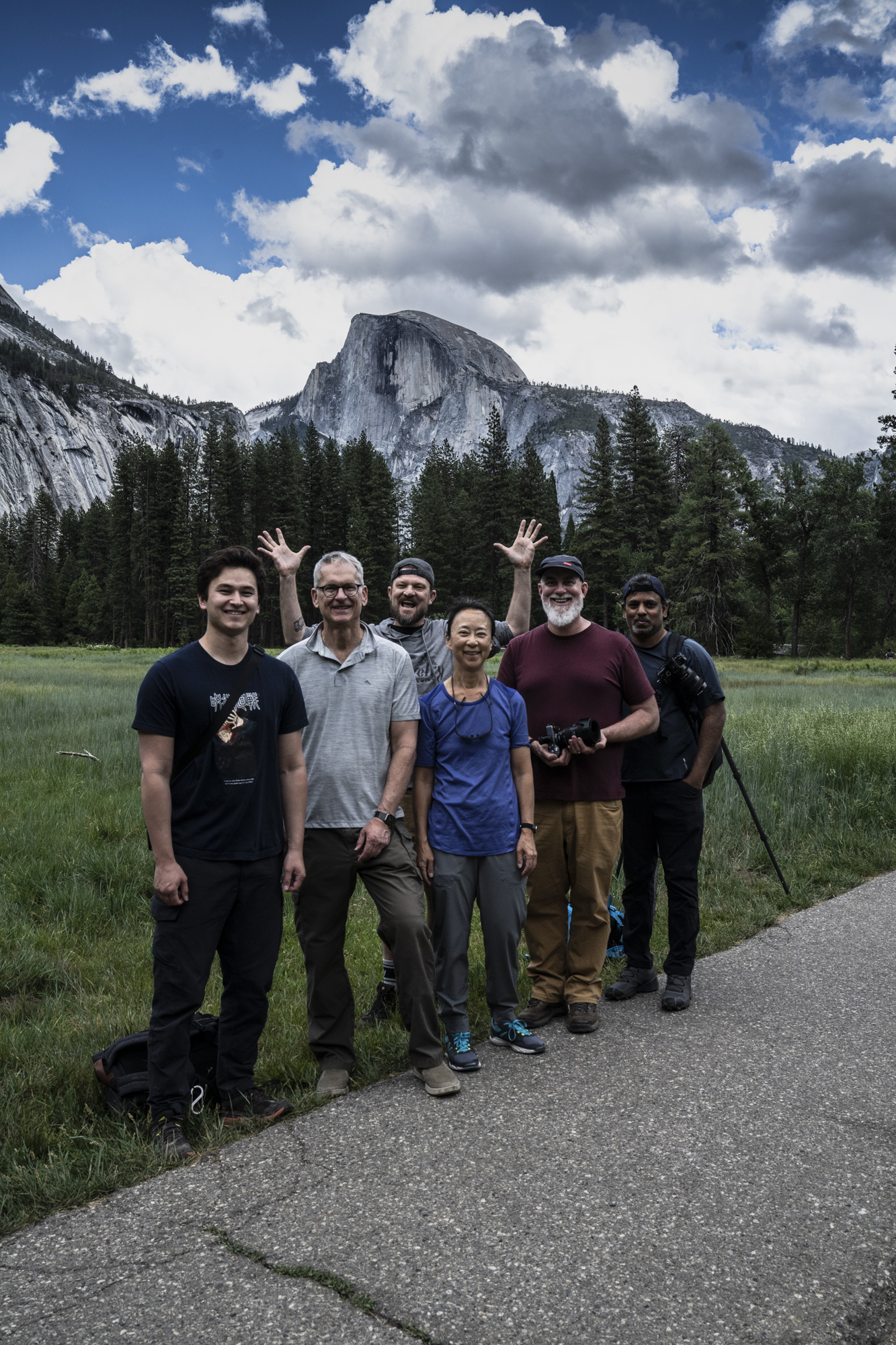 Yosemite is breathtaking. I’ve never met anyone who looks at the sweeping vistas, towering granite spires, meandering streams and rivers, and bright green meadows and says “Eh, it’s OK”. I’ve been to this glorious park almost 100 times and I still always find something that I haven’t seen before. It’s truly a park that evokes a lifelong love.

I met a group of 5 eager photographers on a Saturday afternoon for our first foray into the park for some night shooting. Due to a year-long closing of Glacier Point, I implemented plan B, and found an alternative place to spend our first and longest night of photography. After some research, I opted to take our group up the Gaylor Lakes basin, to an old mining cabin overlooking the lakes, and vast granite expanse. Was the hike easy? NOPE, but I was happy with everyone for pushing through the extremely high elevation (over 10,500 feet) and making it up to the shooting location.

Once we got to the top the views were spectacular! We shot a few images of sunset, and then began the work of our night shooting.Night photography is easily some of the most technical kinds of landscape photography. There’s a lot to remember on the shooting side, and it all goes hand in hand with the processing side. While everyone was pretty new to this side of shooting, they all did really well for their first time. The wind and cold made themselves constantly present, which added to the layer of difficulty, but one thing I really liked was that this area was something new and pretty original, and I'm pretty sure very few, if any, other photographers have shot this location at night.

We stayed in the field until about midnight and then made the hike out.The hike out was cold and a little slow, but everyone was really happy with what they captured and was ready for the drive back to the hotel for some much deserved rest.

The next day we met mid-afternoon and set off back into the park. The weather forecast for the week had changed and a summer storm rolled into the park. I love the dramatic weather in Yosemite and our group was excited. We spent the afternoon shooting the light dancing off the granite walls around upper Yosemite Falls, and half dome before heading to eat in the park. After dinner we drove up to Tunnel View in hopes of catching something truly epic. The storm blocked most of the light on the valley, but the dramatic clouds and conditions were still really cool for photography. 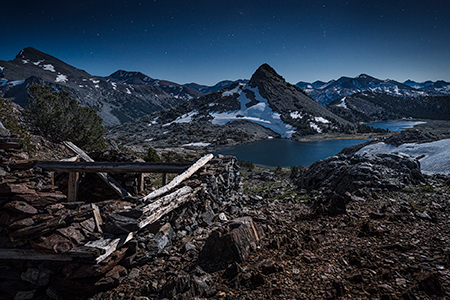 After our sunset we headed down to Cook’s Meadow in the hopes of catching some moonlight on upper Yosemite Falls and the seasonal moonbow. A moonbow is basically a rainbow created by the moon instead of the sun. The light teased us the entire time the moonbow was visible, and we never ended up getting the light to hit the falls at the right time, but everyone got a couple nice shots of the moonlight dancing across the granite face around the falls with some cool cloud movement.

Even though the stars didn't shine for us on Sunday night, we were still able to experiment with long exposures and shooting some interesting cloud patterns and seeing the way long exposures make them look. Everyone thought their images were pretty awesome!

Monday we met mid-morning for a few hours of post-processing. This is always one of my favorite parts.. seeing what everyone has captured. I saw some beautiful shots on the computer screens, and had fun showing everyone some of the different tips and techniques to make their images pop!

It was a really fun trip. One that I hope created some good memories and images to be treasured. Night photography is a lot to learn, and I think everyone did really well. We can’t control the weather, or what nature throws our way, but we surely made the best out of all of the curveballs we got thrown, and students went home with lots of really great photos!