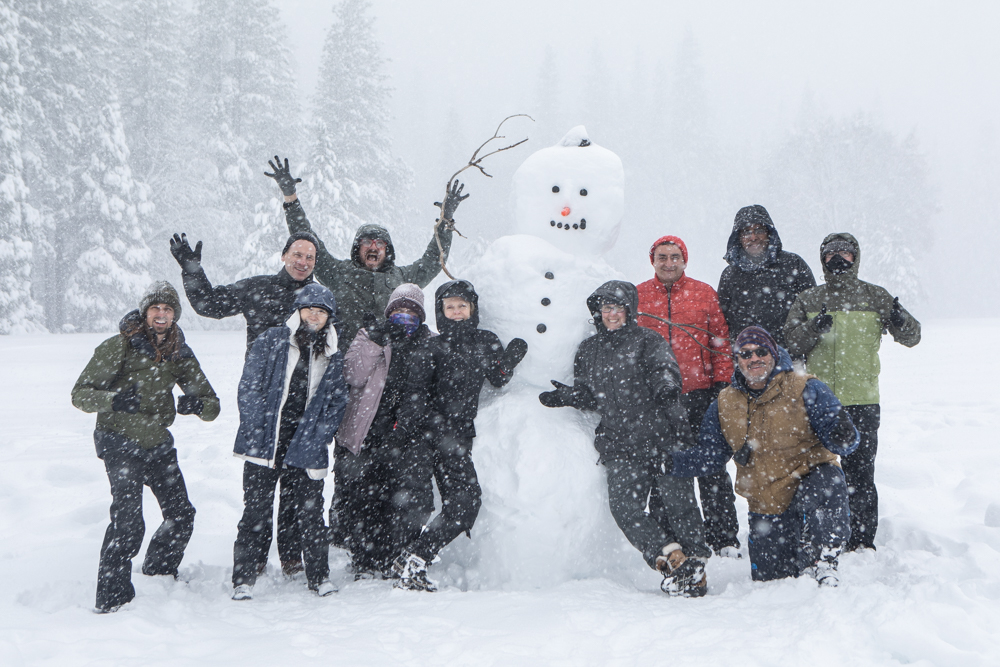 Yosemite has always been a special place in any kind of weather, but when mother nature unleashes her full winter fury on the park, there’s something magical that happens. The past several winters have been tough on the park…snow has been sparse, and when it has shown up…it has been in small amounts. Thankfully, Mother Nature always finds away and this past week California was hit with a HUGE storm. The valley floor was covered with three days of snow, piling up to about 3 feet in parts. The best part about all of this was that it coincided with our winter photography workshops.

Everyone was absolutely pumped to see the park in the morning…so after a brief orientation, we turned them loose to grab a full night rest, and reconvened at 5:30am the next morning.

Every morning in the park starts with a trip up to Tunnel View. This is an iconic view of the valley, and especially after a storm the opportunities for great and dramatic images is very likely. We arrived to a downpour of snow, and the ghostly shadows of the mighty granite peaks danced in and out of the weather. 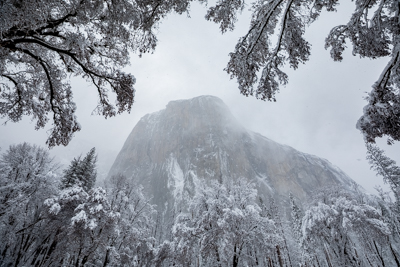 We spent the first day chained up driving our group to some of the smaller parts of the park where we focused on shooting some of Yosemite’s more intimate parts; Strands of trees, Moody shots of El Capitan along the Merced River. We walked up to Bridal Veil Creek to take some long exposures of the moving water meandering through the snow and ice.

Yosemite seems to come alive with extreme weather, move into the park there are often small breaks of light that dance within the granite walls…Mike and I were constantly scanning the horizon and sky looking for these gaps, and them making the group pack up so we could move to the next spot in hopes of something amazing.

With this kind of weather, we couldn’t leave the park. We ate lunch in the park, and stayed all day driving about looking for any and all photo opportunity. For two days we maximized our time in the park…finding simply stunning locations to shoot. We found breaks up at Tunnel View that were simply stunning. There was a great mixture of light on granite and dark moody skies. Crazy snow storms create moody images when mixed with varying shutter speeds to put different effects on all of the snow. 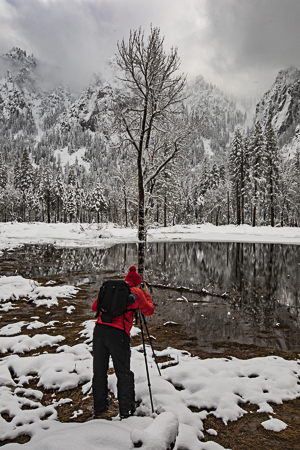 Everything in the park takes on new life when covered in a blanket of fresh snow. In many places our group was the first one to blaze a trail. The inclement weather put a little fear into a lot of other tourists, and the park felt more empty than it normally does on a 3-day weekend during the firefall season.

The best show of all came on Sunday night for sunset as our group set off to Cook’s meadow. We set up in various locations waiting for half-dome to make an appearance, and thankfully the parks most iconic peak final showed her face, and gave us all quite a treat as bits of wondrous light danced off the granite face, and moody clouds broke in the background. In what was becoming typical, every 20 minutes of great light was followed by 30 minutes of extreme snow…we waited out a late afternoon snowstorm in hopes of one final break before sunset, and as luck would have it…we were rewarded with one of the most brilliant light displays I’ve seen. Sentinel Rock was absolutely breathtaking as fog moved in and out of the trees and golden light illuminated it all. There was so much beauty in so many directions, it was hard to figure out what to shoot…but the group really got some amazing images.

We had to push our processing times off because nobody wanted to leave the park. Sunday night after the sun and light finally left the valley…we drove back to our hotel, smiles on faces, and spent a couple hours in the bar sharing good times, and processing the massive amounts of images gathered over the weekend.

What a time to be a photographer!

Brian, Mike, and the rest of the Aperture Academy Team!